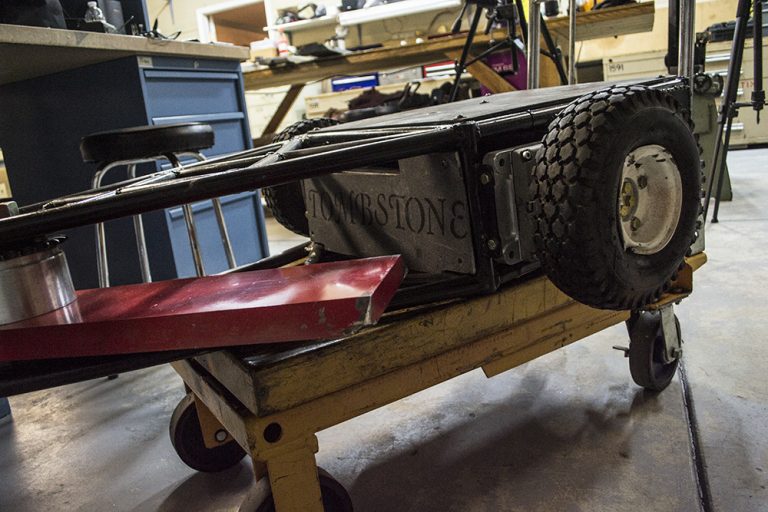 Tormach machine tools are used for a variety of different projects, from businesses to hobbyist endeavors, but in 2016 Tormach-created parts saw a lot of action in the BattleBots arena.

Ray Billings is the designer, fabricator, and leader of team Hardcore Robotics, who is responsible for creating one of the most feared robots to hit BattleBots on ABC, Tombstone. “We’ve been building combat robots for about 15 years - the most well-known is Tombstone, which is your current 2016 BattleBots Champion,” Billings explains. 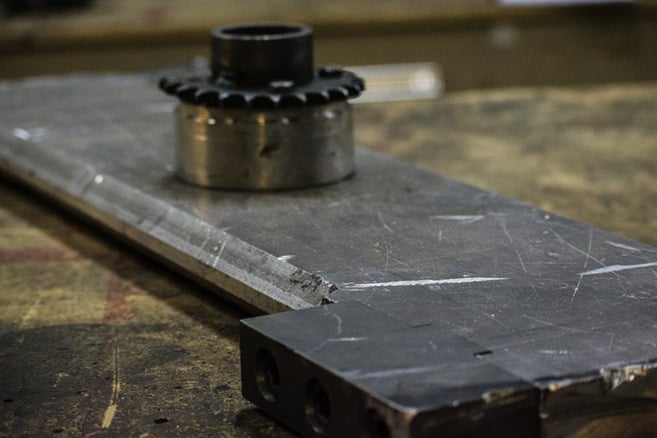 Tombstone uses an interchangeable horizontal bar that can reach brutal speeds as a weapon. “For the weapons systems that are on Tombstone, everything is custom-made here in my garage. I’ll buy large bars of S7 tool steel from various suppliers and I’ll machine them to size here. Then I’ll take them to a specific guy I work with for heat treating to get them hardened.”

Billings’ abilities have grown with his shop. His first robot was made out of an aluminum bed frame that he cut apart and welded into a battle-ready unit. Since then, he’s gathered a collection of welders, manual mills and lathes, and now he has a PCNC 1100. “I’m really looking forward to ways I can change my designs and improve from this point on,” he explains. “Part of the reason for getting the Tormach now is that it vastly increases the things that I can do beyond what I could do with the manual stuff I had before.” 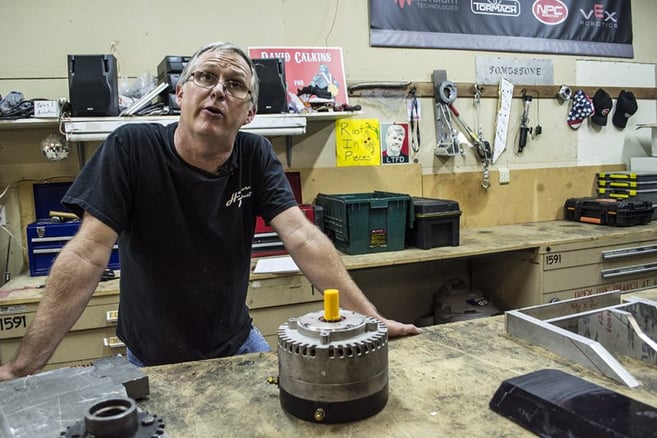 Tombstone competes in a number of events around the country. “BattleBots on ABC has the largest exposure, but the biggest event here on the west coast is Robogames, which has lots of different categories. They have weight categories as low as 1 lb and all the way up to 220 lb.” 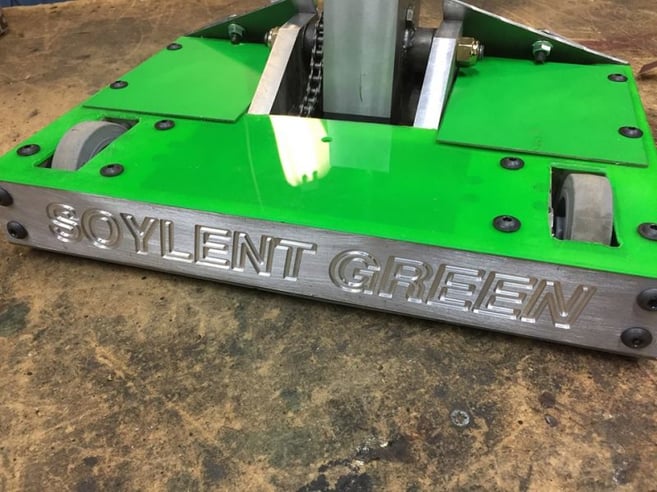 Since getting a PCNC 1100, Billings has been refining his larger robots, while also using CNC precision to create a smaller, 30 lb robot, Soylent Green. “What I needed was the precision of a high-end machine, not necessarily with the speed. I’ve always thought that the Tormach was exactly the right machine in that regard. I’ve seen some of the things that have come off Tormach mills… they’re amazingly adept machines for doing what I would need. It was a perfect match.” 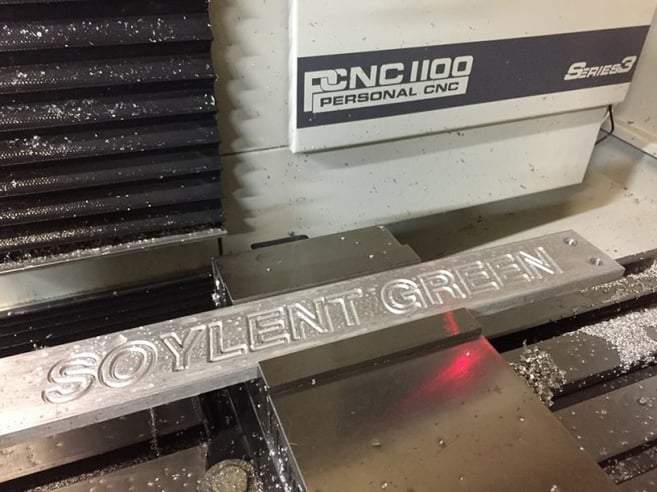 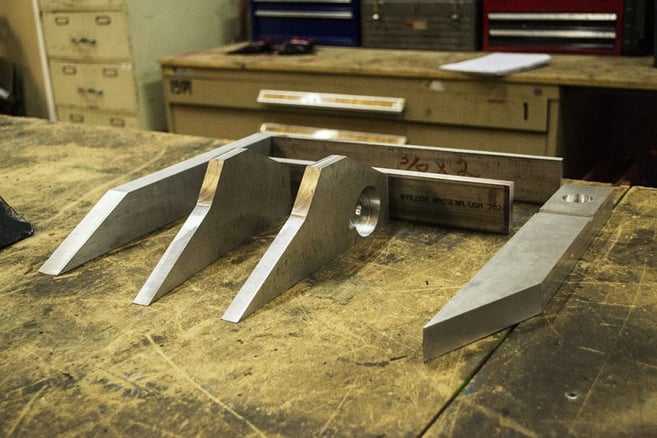 Billings' milling requirements are based almost entirely on combat robots. “I know that the Tormach is more than capable of making a lot of other things, but I don’t tend to fabricate a lot of stuff other than robot parts. But, it is going to expand the robot parts that I can make,” he explains. “So, most of the frames that I’ve tended to make are custom-cut steel and then welded together. Now, I’m going to be able to do some custom-cut aluminum frames that I wouldn’t have been able to do before, so I plan on competing in some other weight categories.”

On the show, Billings played a bit of a bad guy. “They need one of the competitors to be a villain. It’s part of TV. I recognized that that was what they needed for the show, so I played it up. I had a really good time with it.”

In reality, Billings is quite a nice guy and really enjoys the growing number of combat robot events. “The people I compete against are some of the best folks you’re ever going to come across. I think it’s because we share the same passion. It’s a dysfunctional family reunion. We get together once or twice a year and then we do everything we can to break each other’s toys.”

We don't know yet if Season 3 of BattleBots on ABC will happen, but that won't stop Billings from competing. He plans to keep refining his many designs through several combat robotics events across the country. 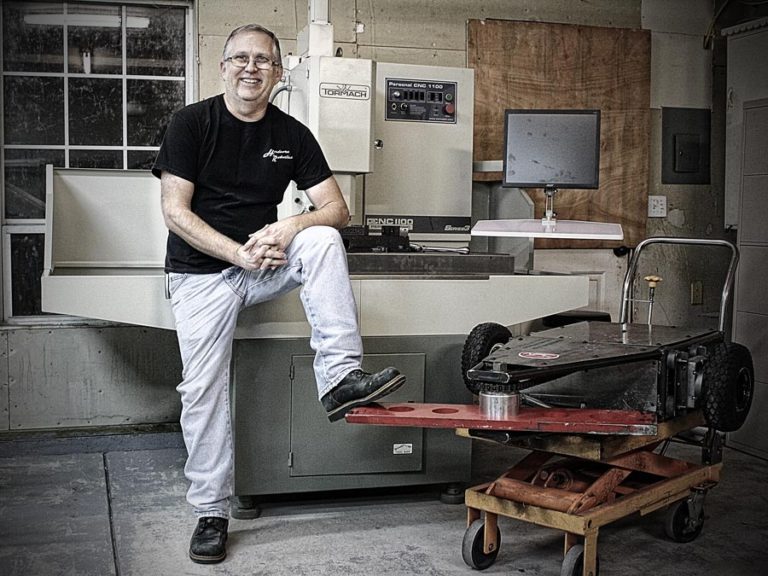 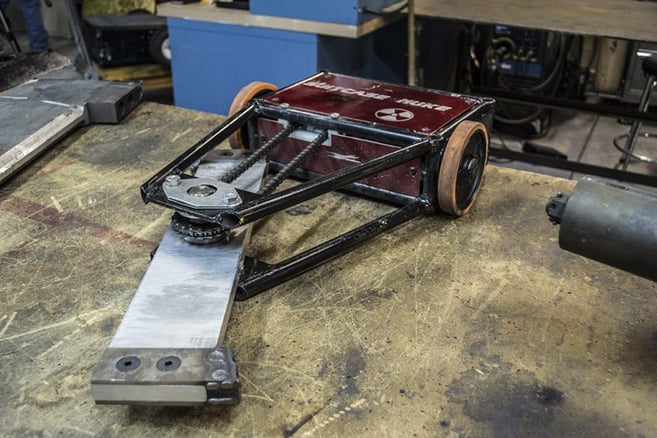 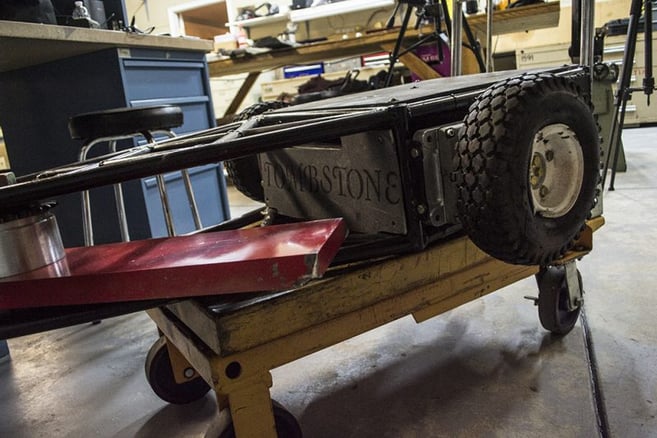 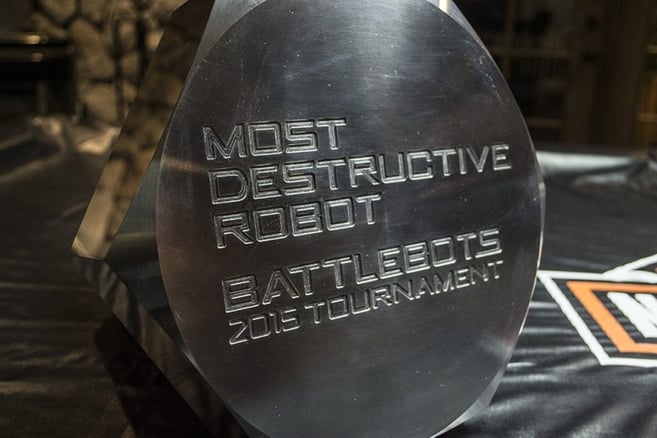