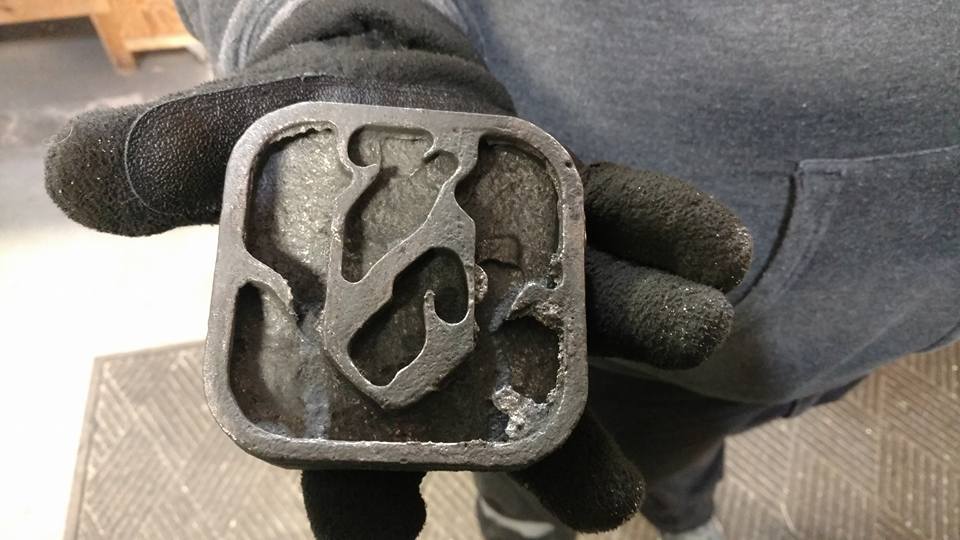 Cast Iron - The Dos and Don’ts of a Challenging Material

We’re all familiar with cast iron as a material. If you already own a Tormach, the base form of your machine is made out of this sturdy material. And it’s used for just that reason… it’s sturdy. Cast iron has vibration dampening effects, which is why it is often used for machine tools, as well as workholding accessories like a tombstone.

One of the biggest reasons for cast iron’s use is because of its rigidness and vibration dampening properties. That’s why many larger vehicle engines and parts are made of machined cast iron. For instance, it allows manufacturers to create thinner walls and in turn a more compact engine.

Cast iron’s rigidity and vibration dampening also make it a fantastic component for workholding - that’s why tombstones are often made with this material. Less vibration means less likelihood of chatter and better overall parts.

Another major benefit of cast iron is that it’s cast. That means you can mold any part you want using a variety of methods, like we did in year’s past during a community iron pouring project.

What Makes Cast Iron a Challenge

The rigidity of cast iron also means it is somewhat brittle. In fact, depending on how aggressive your cuts, the chips will be quite small or even an abrasive dust. This brittleness makes it fairly easy to cut, but the abrasive nature of the chips can be incredibly hard on your tools and kind of a mess to clean once you’re finished cutting.

Conventional milling, especially when roughing, can help save your tools a bit with cast iron. Because of the casting nature of this material, it will have an incredibly hard “skin” that you need to get past first. Once past that skin, it will still be hard on cutters, but not nearly as much.

The small chips can get everywhere, but a shop vac and magnets can be your best friends when working with cast iron. If you run a shop vac, kind of like you would with a router, it will suck up a lot of the pesky dust that gets made. And when you’re finished, use a magnet inside a plastic bag to collect all the larger (but still small) chips that fall into your chip pan. The bag allows you to just toss the chips when done, rather than trying to clean them off your magnet.

Cast iron parts can be incredible, but it’s important to remember that this material isn’t as straightforward as aluminum or steel. Not only is it a bit messy, it can also be a challenge to hold.

Cast iron parts are generally oversized, since they are molded and then machined after the fact. That means you have a little wiggle room when putting together workholding. Using pads and clamps can be highly effective, since vises often have a hard time biting into the stodgy material. To that end, be prepared to have a couple setups… one to create a reference geometry, like Saunders creates with his first cuts in the video, and a second to hold on to that machined area.

Because it’s softer, using aluminum for workholding in this manner is helpful to bite onto the part better than steel or 2-4-6 blocks. Saunders explores some of this takeaways from this project, and they still hold up.

Things to Consider When Moldmaking

A Few Need-to-Knows for Simplifying Your CNC Workholding