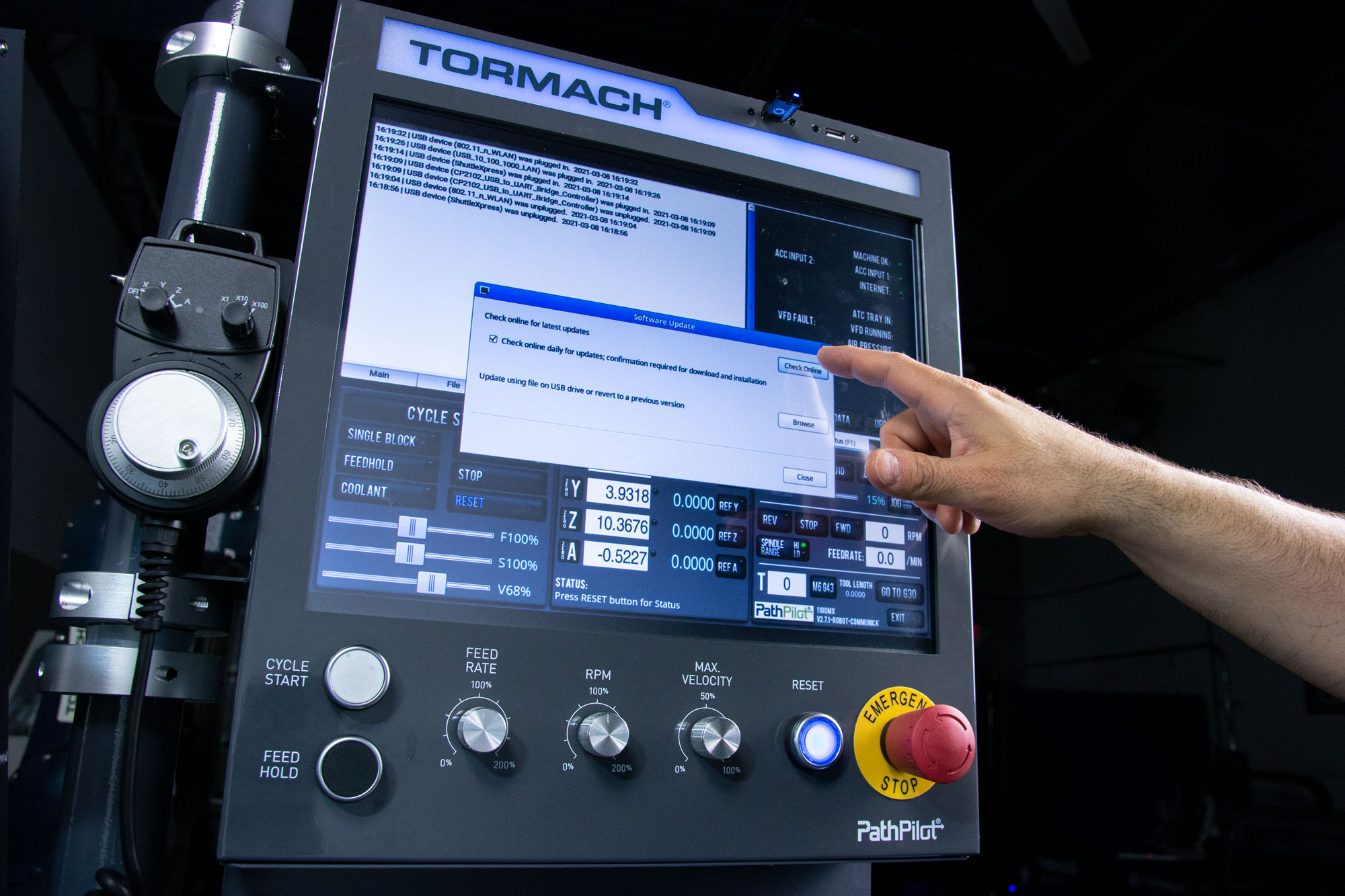 What separates CNC machining from manual machining is the very important inclusion of computer control software. If you’re using CNC, the route from napkin sketch to CAD, through CAM and eventually to G-code and a controller is critical to making a part. What’s more, leveraging these tools properly is essential to realizing the maximum value of your machine.

Software Is Key to CNC

All of the software 'upstream' from your CNC machine is always improving and changing, sometimes weekly, sometimes monthly, but over time it is marching forward steadily, even if the machine itself stays the same. If your controller software isn't also improving and adapting to take full advantage of the upstream benefits, your machine's long term viability starts to diminish quickly.

If your machine controller is a closed box, bought once with the machine and never changed, i.e. you aren’t allowed/able to update or you never update the controller software, the viable lifespan of the machine itself will be cut short.

For instance, CAM toolpaths are becoming more efficient all the time. The better your toolpath utilization, the more efficient your machine can be, and that means more value, and oftentimes more money, from your machine tool investment. Formerly expensive CAM options such as constant toolpath engagement and adaptive roughing are now standard and common.  If you haven't been able to update your machine control (due to additional costs or your vendor doesn't offer any updates), you might be unable to fully leverage the new (CAM) technologies or techniques and leaving some efficiency on the table.

Imagine running Windows(r) XP and using Word(r) 97 to open a modern document that you’re collaborating on with colleagues. You might be able to get it done, but it’s almost guaranteed to be a world of frustration and lost functionality. That’s what it’s like using modern CAM programs with contemporary features with an outdated machine tool controller. The G-code might work, but it’s almost guaranteed to not have the ability to fully leverage the new features of the CAM, and many valuable features of the CAM will likely go unused or cause issues.

PathPilot Is Being Continuously Improved

Our PathPilot control system doesn’t hide features behind ‘unlock codes’ that you have to pay extra to get;  meaning there aren’t different tiers of PathPilot. If you have a Tormach machine, you have access to the full power of PathPilot from day one.

But beyond features, PathPilot is free to update. That means you can increase the longevity and value of your machine over time by simply keeping the control system up to date. Whether there is a new post-processor released or Fusion 360 creates a new CAM feature, your Tormach machine will be able to keep up with consistent updates. In fact, you can connect your PathPilot Controller to the web and set it up with automatic updates, so you never miss out.

Since the launch of PathPilot 2.0 in November 2017, we’ve had 31 releases with over 425 documented improvements and added support for 9 new machines (M, M+, MX mills in 770 and 1100 sizes, 24R router, 1300PL plasma table, and the latest 8L lathe).  All while preserving backward compatibility for every machine we’ve ever sold.

Think of the value stream that an early PCNC 1100 mill owner back in 2006 has received from their investment. Tons of new software functionality over 15 years! The mill was purchased before Autodesk Fusion 360 even existed, yet the current control system for it has enabled that mill owner to take full advantage of the latest toolpath strategies, probing, and even ETS function that Fusion currently uses.

We get it - updating can bring on some fear and uncertainty that something critical to your workflow will break. Never fear - Tormach has your back. PathPilot can revert to your previous version of the software in less than 5 minutes (in the unlikely event you find a roadblock with the new version). It’s like having a time machine in your controller to simply bounce back and keep on cutting. We also have the ability to backup programs, tool and work offset tables which is more peace of mind.

The combination of a demonstrated release stream of frequent improvements, balanced by a time machine ‘safety net’, and at no additional cost is a unique position in the market of machine tools, big or small. At Tormach, we don’t just bolt on somebody else’s generic machine controller. Instead, to deliver maximum value to you we have in-house software development expertise that optimizes the system for every machine we sell.

You can check out the PathPilot updates page at any time, and even sign up to get release notices so your controller can always be up to date.

PathPilot: Taking the fear and cost out of control software updates and delivering constant improvements. Yeah, that’s us.  And don’t even get us started on where the cloud is headed with PathPilot HUB - stay tuned.

Louisville Slugger Brands Made with a Tormach