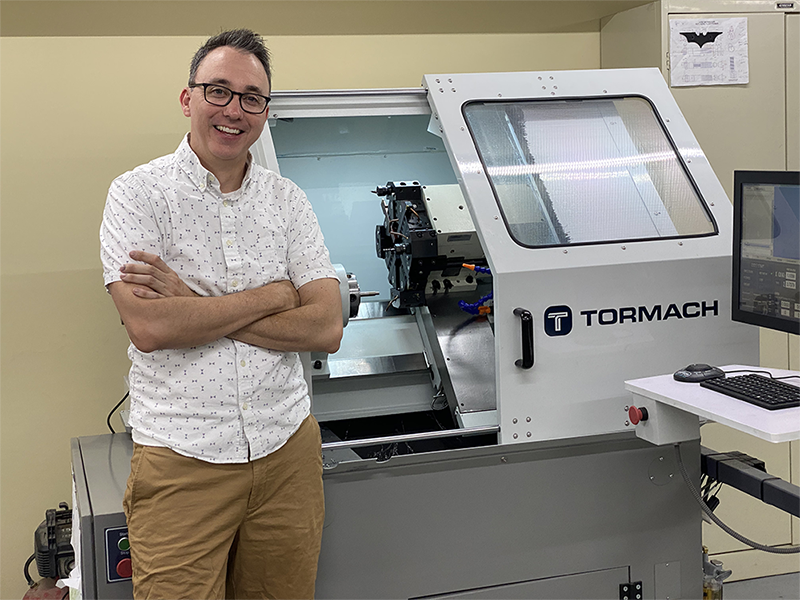 Jeremiah Daws recently started taking machining and welding classes at his local tech school in Georgia, but his first career was in filmmaking. He’s always had an affinity for making things, like creating a homemade, rideable train for his nieces and nephews, but he wanted to take his making skills to a new level.

“My brother and I were filmmakers. We wrote and directed a feature here in Georgia, and then the natural next step after you do your indie features, is move to LA,” Daws explains. “I tried to break into the writing and directing game, and I paid the bills by working in reality TV as an editor. I cut several shows there and then was able to transition into a job in social media, producing, and editing social media and commercials for the Walt Disney company.”

When the pandemic hit, Daws found himself exploring other avenues when business dried up. “Disney World shut down and I had already started finding a knack for making things over the last three or four years.”

He started out being self-taught and using free resources like YouTube to not only build his DIY skills, but also started to delve into the world of machining. He credits seeing Adam Savage on Tested using a manual mill and lathe as his first exposure to machining. His natural progression led to CNC and finding John Grimsmo and John Saunders using their Tormach machines.

His First CNC: A Lathe?

Many who start learning CNC, including many Tormach owners, begin with a mill. Mills are usually quite versatile and provide the ability to cut in three axes out of the box - you can utilize four axes with the addition of the microARC 4 on any Tormach mill. 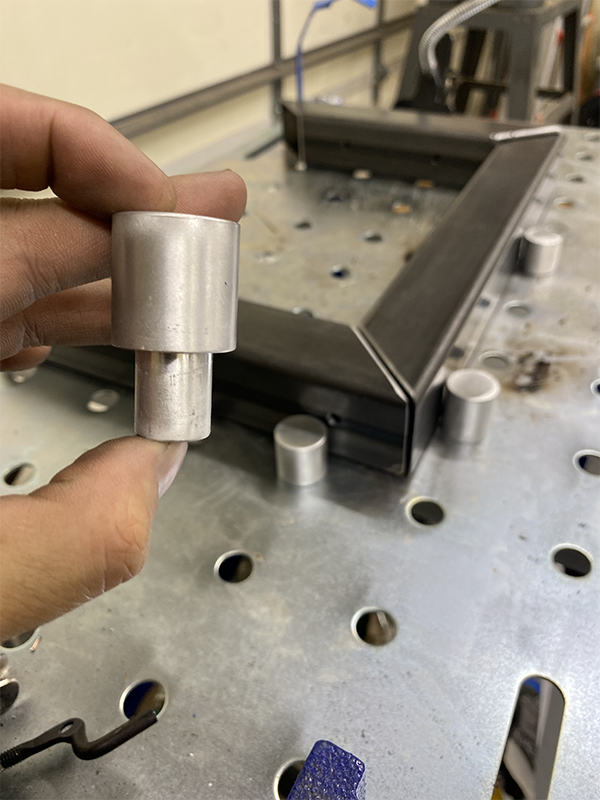 But Daws went a different route. He’s currently in his third semester of learning to be a certified machinist, and much of the work he’s done thus far has been on a lathe. “I wanted to dive into the CNC world with  the style of a machine that I'm most comfortable with,” he explains. “I think that was part of my reasoning for buying the lathe first. I think it was also psychological in that, it's obvious that I'm going to need a mill. So, I'm going to force myself down the road with a lathe first. If I get a mill, I may not get a lathe for a while. This forces me to get both.”

While buying a lathe as your only CNC machine is less common, there are plenty of Tormach customers that embrace the art of turning before they expand their knowledge base to include milling.

Going Back to School - A Career Reset

With the pandemic shutting down his normal work, Daws decided it was the perfect time to launch into something new. “When Disney World reopened and things were still under all the COVID production guidelines, it just wasn't as much fun. There were so many hoops to jump through, and I was like, ‘you know what, I just don't know if I want to keep doing this.’”

Now, Daws is spending his days in class learning about machining and other metalworking practices, and his evenings are spent toiling away with his 15L Slant-PRO lathe. “Right now I'm in information gathering mode. I have always had a bug for having my own business. So, I love the idea of having an arsenal of abilities that I can use. I love the idea of creating a product. I love the idea of doing small-run manufacturing out of my garage.”

Truth be told, Daws isn’t quite sure what route he is going to go with his business yet. In fact, he’s been spending time visiting a number of different conventions that move through his area, like shoe conventions, builder’s trade shows, and even a gaming convention. “I've been crashing these conventions and just looking around. I've been in research mode. Going to these events and asking, ‘Hey, where's the niche that I can fill and create something that could be used in that area.’ Exploring whether that's gonna work or not.”

Even though he’s just getting his feet wet with machining in class, Daws is finding a lot of value in having a CNC lathe back at home. As a hands-on learner, he can pull lots of information from his classes, but then is limited to only a few hours on the machines at the school.

Using the 15L has allowed him to apply the knowledge faster and experiment quicker with his education. “I just wanted something I could sink my teeth into right away. And you know, this [15L Slant-PRO] lathe is very forgiving.”

With the combination of formalized classes and a YouTube education, Daws is learning fast and plans to start making real products as soon as possible. “I don't know quite yet what it's going to be, what it's going to look like. I've kind of gone down this path without knowing where I’m headed, but I'm having a ball on the journey so far.”

The onset of the pandemic and a want for a new direction, combined with his growing love of making things, inspired Daws to start learning how to be a machinist. With a formal education and YouTube machinists at his fingertips, he’s excited to see where it all leads - including documenting his learning process on his own YouTube channel. With a 15L Slant-PRO lathe already making chips in his garage, he hasn’t looked back and plans to buy a mill as soon as possible.

Why Tormach CNC mills are reliable, usable and affordable