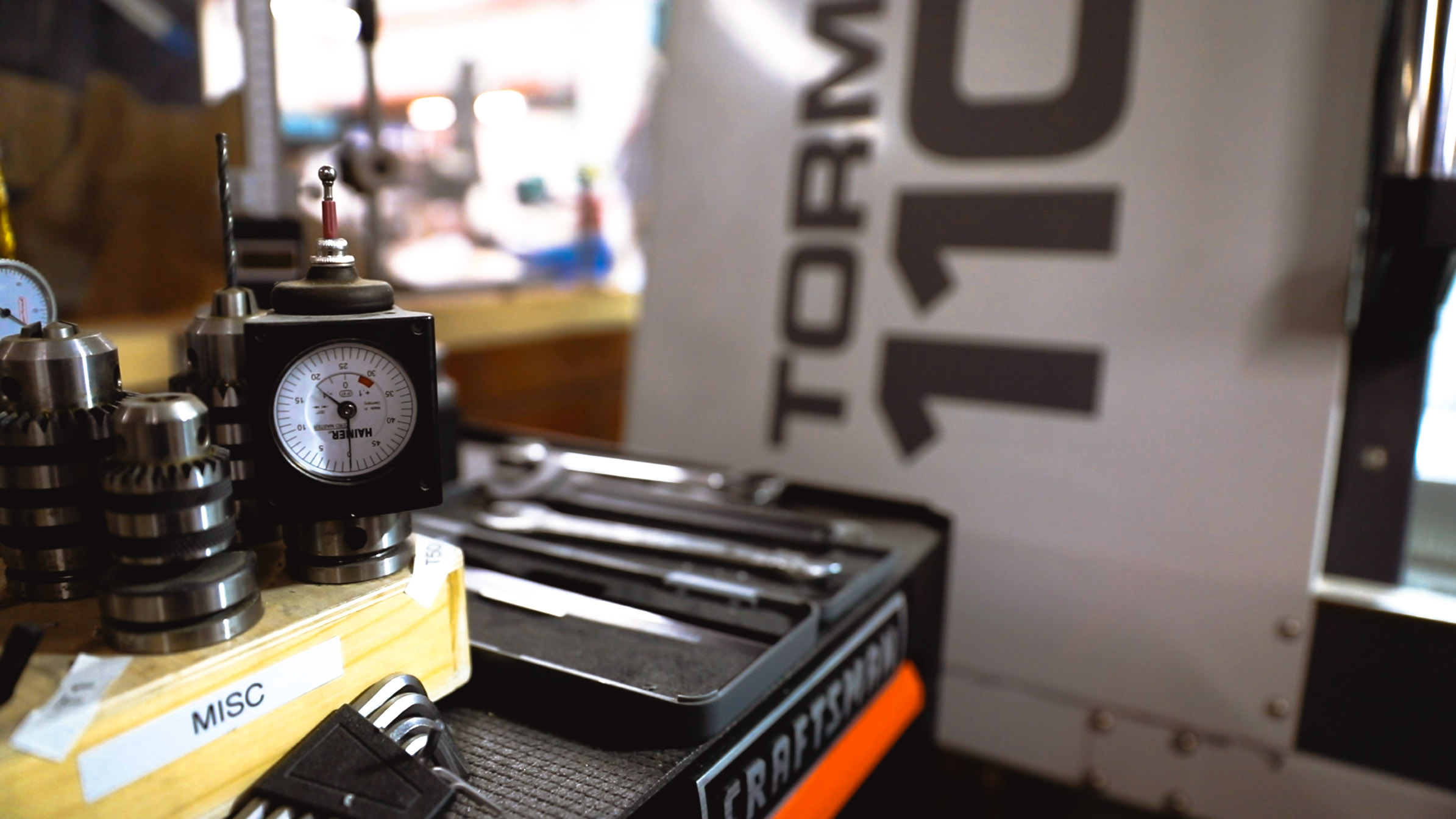 Hollywood Movies Are Being Built with CNC

The world of Hollywood movies has changed over the years. These days, you would be hard-pressed to find a movie that didn’t include some sort of computer generated prop or background, but that doesn’t mean computers can replace everything. Sometimes props and costumes need to be created. That’s where Frank Ippolito and his business, Thingergy Inc., step in.

Tools of the Trade

Ippolito makes props and costumes for a number of different productions, “We’ve done a couple shows for Netflix, and one of them was Umbrella Academy - which I'm super proud of - we did season one and two of Orville… Personally. I worked on Star Wars: The Force Awakens whe I worked on the stop-motion chess set that was in the Millennium Falcon.”

The Thingiverse team likes to create things that feel real because it helps the actors understand the props better. For instance, a metal lightsaber is easier to act with because it feels more real than a 3D-printed prop.

“We have a collection of tools - everything from sewing machines and industrial sewing machines to full body 3D scanners and manual lathes. We also have a whole array of CNCs, including a router and our Tormach 1100M,” Ippolito explains. He uses their CNC equipment for a myriad of projects from creating decorative metal plates for armor to making precise molds for creature creation.

“We're a film industry job shop,” Ippolito explains. “Whether it's props or costumes or statues or whatever, we have to grow with the times, and that includes all of our little robot army. Which is all of our CNCs and 3D printers and everything that might help us make better stuff, faster.”

The 1100M really benefits Ippolito’s shop because they are constantly changing up what they work on, so they need a machine to be flexible with the ever-changing creations. “Because our projects are super diverse - like, nothing we ever do is the same - everything that we do is a prototype or it's a one-off. Even if I have to make like ten spacesuits, those are prototypes,” he explains.

Even though they make different stuff all the time, sometimes work is pretty straightforward for their 1100M. “Last year we made 400 trophies for a Red Bull event, and we had that Tormach running around the clock, whether it was making parts or we were just feeding it parts to drill holes. Every once in a while, it's easy stuff. Like, I just need two holes, but they gotta be in the same spot on 500 pieces. That's an easy one for the Tormach.”

Glorified Hobbyist Machining as a Business

Ippolito has to wear a lot of hats running his business. Like any shop, he has to keep his crew and customers happy and moving at a steady pace to keep up with demand. In that sense, it’s similar to a more traditional machine shop, but Hollywood manufacturing is far from normal manufacturing.

“I'm not a machinist by trade,” Ippolito says. “I'm a machinist in the film industry, which is like a glorified hobbyist, I guess.”

Beyond using 3D printers and a CNC router, Ippolito didn’t have any experience with traditional manufacturing, but he was well aware of the challenges of CNC cutting metal. But, that didn’t stop him from diving in with his 1100M. “It was surprising to me how short the learning curve was to get in on the Tormach. I quickly started to recognize G-code and understand how it works. And I don't know it really well... like, I couldn't tell you what G54 is off the top of my head... I can't tell you what all the G-codes mean, but I know how to look it up. And now I know, when I'm looking at these things, I know how to read it and know when it doesn’t look right.”

“It's pretty stinking easy having this machine and learning all of the ins and outs of how the stuff works. It’s kind of dummy-proof. I always come up with these crazy ways of how it probably shouldn't work or maybe that's not the right way to do it, but I want to try it. This machine is the perfect gateway drug to CNC. I’m hooked.”

Ippolito’s 1100M continues to get lots of work making lots of chips. As he trains more of the folks in his shop to use the machine, he’s looking forward to finding new ways to use CNC to his advantage in making Hollywood more realistic.