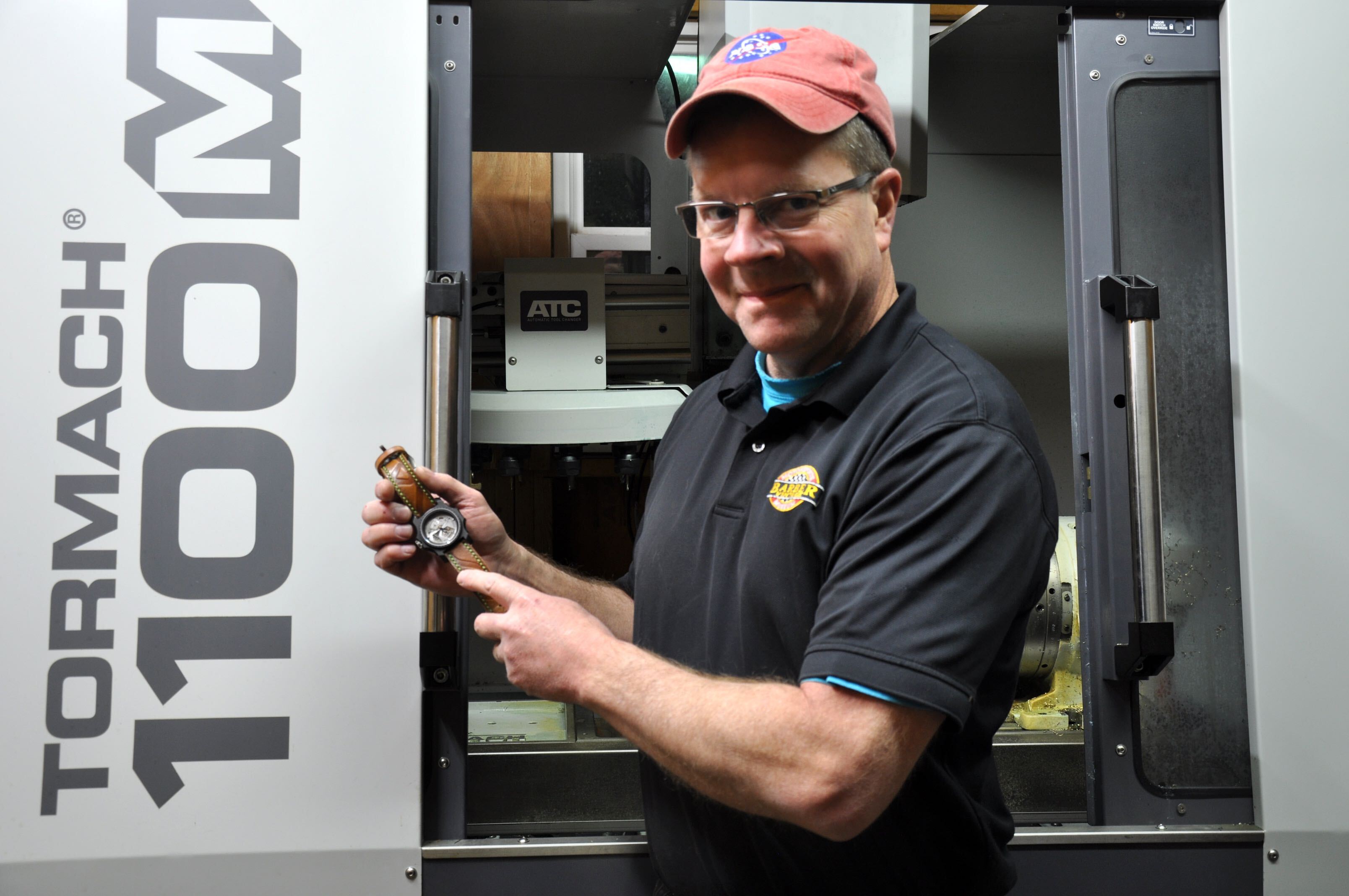 In our latest conversation with the Tormaker Community, we caught up with Denis McCarthy who makes bespoke mechanical watches with his 1100M.

Q: Tell us a bit about yourself, Denis!

A: I began in aerospace, following in my father’s and grandfather’s footsteps. Both were involved in aviation - my grandfather in the Army Air Corps during WWI, and my Father working on Convair C131's in the US Air Force during the 50’s. I was in the US Coast Guard in the late 80's and early 90's, stationed at an Air Station in Clearwater Florida. After leaving, my passion for aviation continued while working on aircrafts at a local regional airport near Birmingham, Alabama.

I have also always been fascinated by mechanical things - things of high precision, particularly mechanical wrist watches - even as a small child.

Q: What machine do you have?

A:  I have a Tormach 1100M which I purchased in 2018. The machine came equipped with the automatic tool changer (ATC), flood coolant system, the 8-inch fourth axis Super Spacer and the full enclosure system. At the time, I also purchased several tooling items for the TTS system.

Q: What do you make?

A: My craft is watchmaking. I make bespoke mechanical watches. That is a rather simple answer, but I should really talk about the backstory.

In 2001, I really began to become drawn to mechanical watches and watchmaking in particular. At the time I couldn’t afford to spend $4,000 or $6,000 on a nice mechanical watch (two of my favorites still, Breitling and Panerai). My solution was to design and build my own! Leaving knife making behind, I began sketching various forms of what I thought were interesting designs. The biggest challenge was not how to design my watch, but how to make it.

Q: Why did you choose a Tormach?

A: I found myself working for a company called Confederate Motorcycle Company. Confederate made very expensive custom motorcycles, most selling for well over $80,000 dollars! While at Confederate I worked very closely with two brilliant design engineers, Ed Jacobs and Brian Case. Both had extensive CAD experience which thankfully they shared with me. We had TM1 and TL1 Haas machines - a three axis CNC mill and a CNC lathe.

After weeks and months of working with Ed and Brian using SOLIDWORKS and GibbsCAM, I began to build my experience with the hope of one day using it for my own creations. And in 2018, that's exactly what happened. I became the proud owner of my own precision CNC machine -- my Tormach 1100M.

A: Aside from the excellent specs, for me it’s the fact that I no longer have to rely on an outside vendor. I can simply walk out of my house and into my workshop and there’s my machine!

The ability to make design changes is also a massive factor. A design change would usually create weeks if not months of waiting, as well as additional expense, which for me were both unwanted elements. Now, if I decide I want to modify something, I can do it nearly instantly. No waiting. No phone calls. No added delays or costs. This capability is a true feature of owning a Tormach and is damn near priceless.

Q: What advice would you give to anyone thinking about a Tormach?

A: Follow your dreams and imagination. The machines that Tormach have to offer allow just that. The ability to create what you imagine, which in my case are my watches. You are in charge of what you create!

Understand the machine's capabilities and remember these are not high-speed production machines. Take it slow. Learn as you go. The Tormach is a fantastic tool to learn on; a fantastic prototyping machine.

They truly do have the ability to carve from a solid block of metal a part with true precision. I have the proof on my wrist!

Tormach Lands in the UK