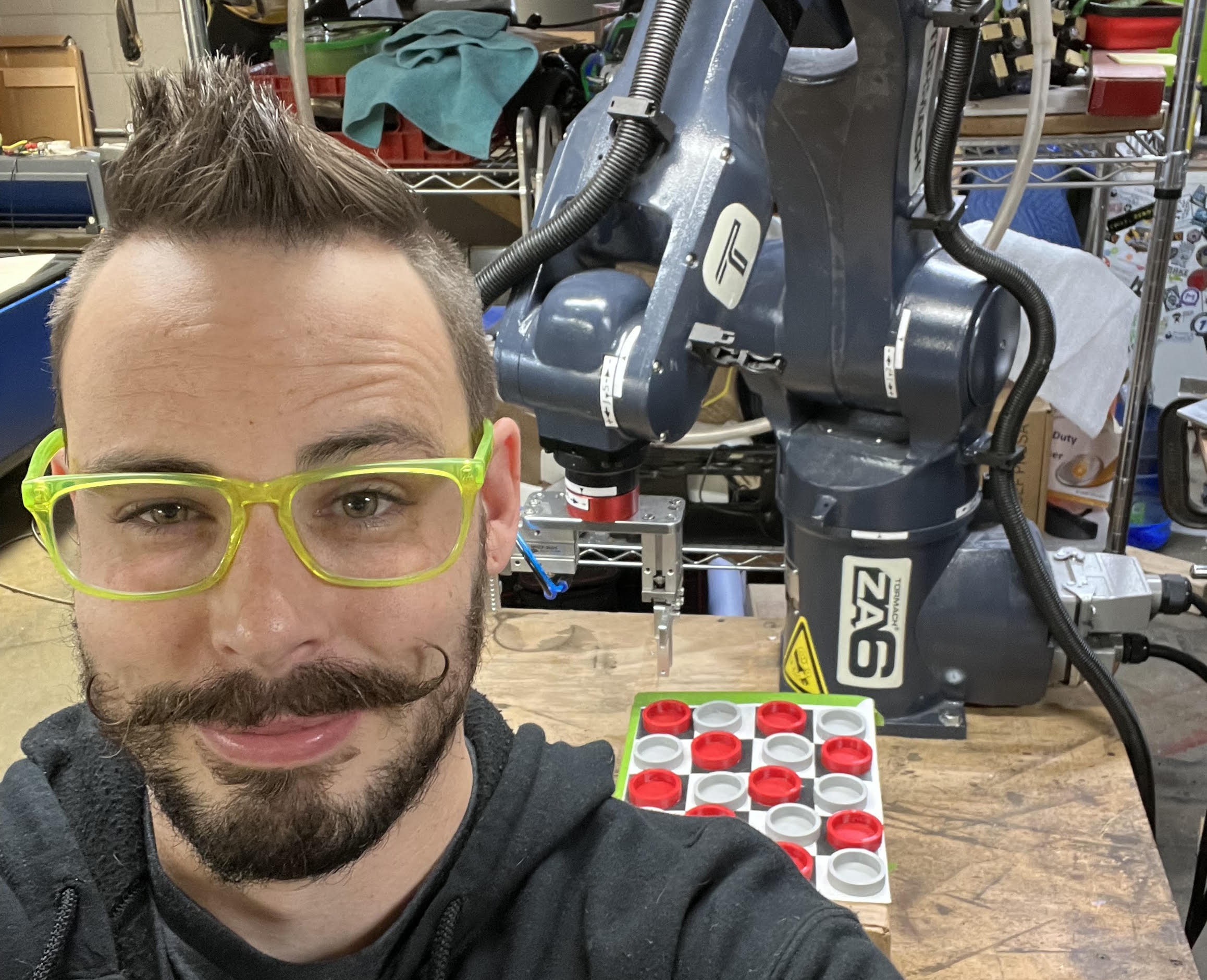 Our mission here at Tormach is to empower people who make things, and what better way to do that by sharing the stories of the Tormaker Community - people just like you.

In this edition of our conversations with the Tormach Community, we hear from Joe Spanier, how's been using CNC machines in his own shop for the last 11 years. He describes his Tormach machine as "enabling, empowering, and exciting". Read on to find out why!

Q: What Tormach machine do you use?

A: PCNC 1100 - I’ve owned it for just a few months, I got it back in December 2020.
I had a Tormach PCNC1100 and a Slant Pro 15 in a previous job and I’ve had CNC machines in my own shop for about 11 years now. They’re super easy to use, they’re easy to fix, they’re reliable and they’re a really affordable price point for a machine that does a lot of things.

Q:Tell us more about your craft and what it is that you make?

A: I’ve been building CNC machines as a hobby for the last decade, and it’s always been that my machines make parts for other machines and other projects. The PCNC 1100 was my dive into getting a machine that works and that I can use as a tool to expand on my other projects, instead of having to constantly focus on upgrading the machine itself. The first thing I found was a part needed to be made for a 3D printer - it was an adapter that isn’t able to be purchased, it’s only provided as a 3D printed part, and it fails a lot. I’m working to make a machined option for the community that’s been building around the 3D tool changer.

My day job is actually as an automation engineer, so I program industrial robot arms and CNC machines. Tormach is working on launching a Tormach branded robot arm and I’m one of the beta testers for that as well!

Q: What has been your biggest success with your Tormach this year?

A: Being able to go from a 3D printed design to a machine concept on the first try. There was very little iteration and there was very little frustration. I knew what I needed to do, and I was able to just go and do it without extra training classes and hours of study on how the actual machine works. I’ve worked on lots of very high-end, upwards of half a million-dollar CNC machine centers and there’s always weeks of startup and weeks of training which just creates a frustration to get it all going.

I had the Tormach mill for a couple of days and the first part I made was usable. In my old job working with Tormach machines, we were taking lab scale processes and building machines to make them industrial - bringing an industrial chemical process to life essentially. We were quickly able to manufacture and iterate all this machinery that we were building and that was really powerful - just to be able to design it then go straight to the shop, make it with our team and not have to have any specialty or send it out to a machine shop. Being able to iterate on that very quickly allowed us to succeed.

Q: And with all the good there is some bad...what's been your biggest failure in your shop?

A: Learning the strengths of the machine versus the weaknesses. Coming from an industrial background I tended to push cuts a lot harder than I should have or try to use bigger tooling than I should have. It’s just learning to work in the envelope that the machine is tolerant of. That was the biggest thing, avoiding things like tool pullout and just little things like that. But once we understood how to work with the machines' allowances, we never really had any issues that we didn’t cause.

Q:How would you describe your Tormach in 3 words?

Q: What would you say has been your best creation to date?

A: We were able to machine a four-station rotational turret that allowed us to machine eight parts at once through different processes. We were able to hit ‘cycle start’ and walk away, then eight hours later coming back to a full set of parts that were ready to be set through their processes and ready to go. It really saved us a lot of man time and allowed us to move on to our processes. We were able to machine all that tooling on the machine itself and build everything we needed. That was really the biggest success so far. Having that automation there as a small company with a tiny team was a really powerful thing.

Q: What's one piece of advice you'd given to someone starting out with a Tormach machine?

A: Get a handful of cheap end mills and a pile of cheap stock and just try things. People get into ‘analysis paralysis’ mode and they overthink everything. You’ve just got to try it and get used to the idea that you’re going to break something, or chuck a part, and it’s going to be okay.

Q: How would you rate Tormach out of 5 stars?

A: I would give it a 4 because there’s always room to get better. The machine I have used to be the biggest, best machine but now with the MX machines coming out it’s clear that there’s always room to grow. But my machine is still super capable, it’s very expandable and it’s maintainable by a person. And Tormach consistently releases free software updates to PathPilot for all of their machines, so even older ones have the new feature sets. Those are all really high points for me as a small shop owner.

Getting Started With a CNC Plasma Table