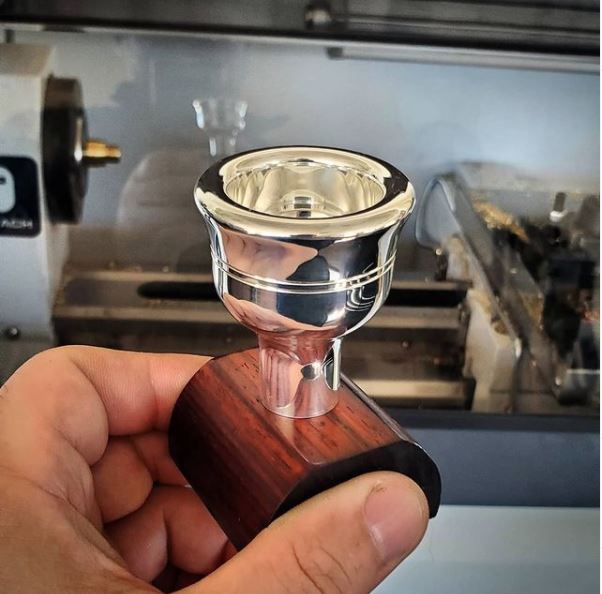 Instrument-Maker Uses 15L and 8L Lathes to Build His Business

More often than not, Tormach owners start with a mill. Whether that’s a PCNC 440, 770M, or an 1100MX all depends on their cutting needs, space, and budget. But sometimes, the part that needs to get made is better off being turned.

Jeff Gittleson, owner of Long Island Brass Co., was in just that circumstance when making his custom brass instruments, like trombones. He first started navigating CNC with a tiny five-axis mill from PocketNC. “I needed to cut some bracing for my horns. I got really familiar with doing five-axis machining,” he explains. But, when the pandemic hit, Gittleson made a pivot with his business from making $6k-$8k instruments to making custom mouth pieces for brass instruments. 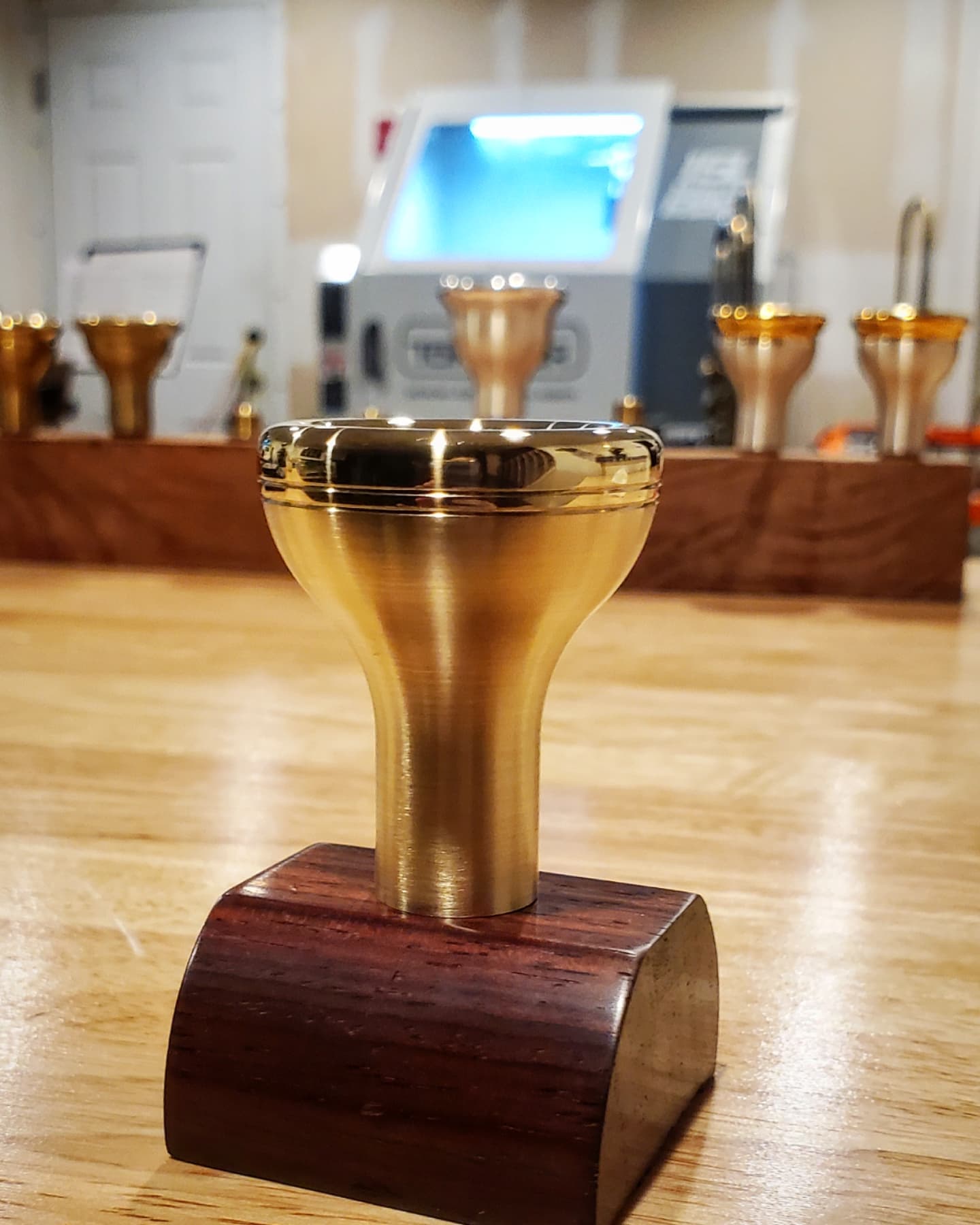 15L Slant-PRO to Get Started

Gittleson cut his teeth in CNC with the tiny five-axis machine, but quickly realized there was a real opportunity using a CNC lathe. He bought a 15L Slant-PRO and started figuring out how to make his two-piece mouthpieces.”I'd been going from doing programs for five-axis machining to two axes. I had never even programmed for a lathe when I got the 15L. It was cake!”

Gittleson admits that the 15L is a bit overkill for his needs, since he’s only cutting softer materials like brass. “For the cuts that I'm doing and the way I have it set up, the machine doesn't even know it's cutting anything. It's light work for the 15L Slant-PRO. It just plows right through the material.” But that doesn’t mean he hasn’t toyed with the idea of cutting things like titanium.

While he is cutting softer materials, many of the musician clients are meticulous about their customized instruments, so precision is still important. “I caught a repeatable 0.0005”, no problem on the 15L. I mean, it's really not an issue. If I measure out from one mouthpiece to another, within a day, I'll stay within 0.0005” without any problem. I am cutting C360 brass... I mean, it's pretty soft, but still, 0.0005” is pretty good.” 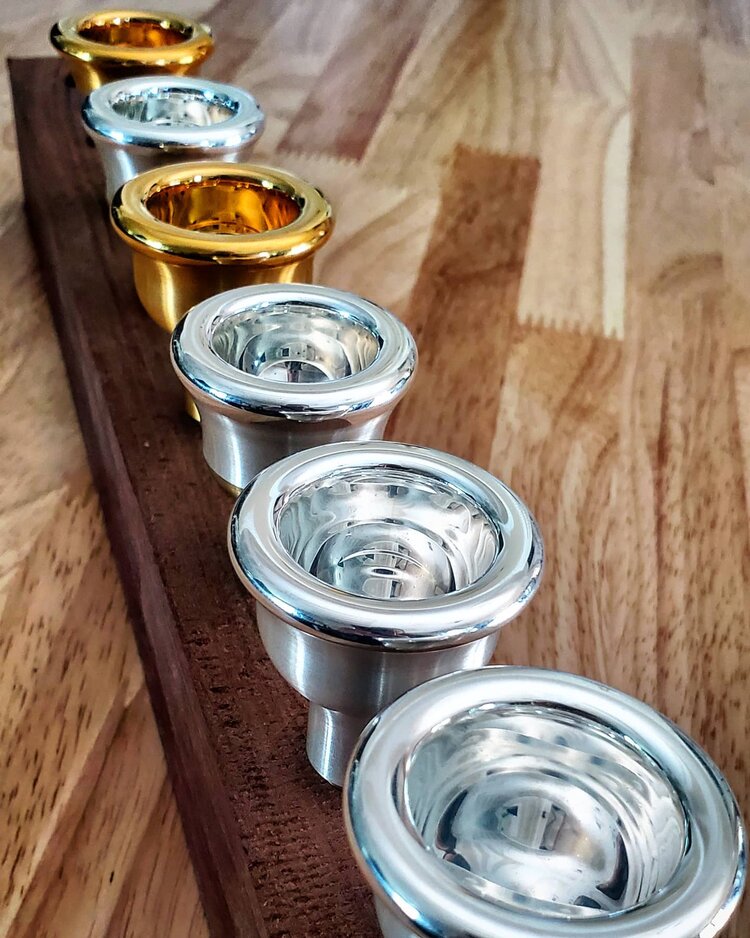 Adding a Tormach 8L Lathe to the Shop

Like many business owners with a Tormach machine, Gittleson has a shop in his house, so being able to run on standard power and use space efficiently were a big deal when picking a machine. After growing his business making mouthpieces for brass instruments, Gittleson has taken the leap to buying more equipment - an 8L Lathe.

While capabilities are a bit different between the 15L and the 8L, Gittleson was able to run the same program (including feeds and speeds) on both machines. “My cuts were pretty conservative, but I actually took the 15L program, just changed the tools, and reposted it for the 8L, and I didn't even change the speed, feed, or depth of cut. And the little 8L just took the cut.”

Gittleson’s mouthpiece design is in two pieces. While the operations are fairly quick, there is time spent switching out setups between the two different components (the mouthpiece cup and the throat). By adding an 8L Lathe to his machine arsenal, Gittleson is able to make his entire process more efficient.

“Rather than having to change over my fixture in the machine and redo my offsets, I can cut the tops on the 15L and cut the shanks on the 8L,” he explains. “And that way, I can just cut both ends of the mouthpiece at the same time. It just makes things a little bit faster.”

Initially, Gittleson was cautious of the 8L. He wasn’t sure such a small machine could do the work that he wanted. “I was worried about how rigid the 8L was going to be, and how it was going to cut. On a 0.050” cut at 2,500 RPM, I had a pretty nice finish just for roughing, but when I got it set up for finishing, it was like a freaking mirror!”

“I have to say, the finish that I’m getting on the 8L is outstanding.” 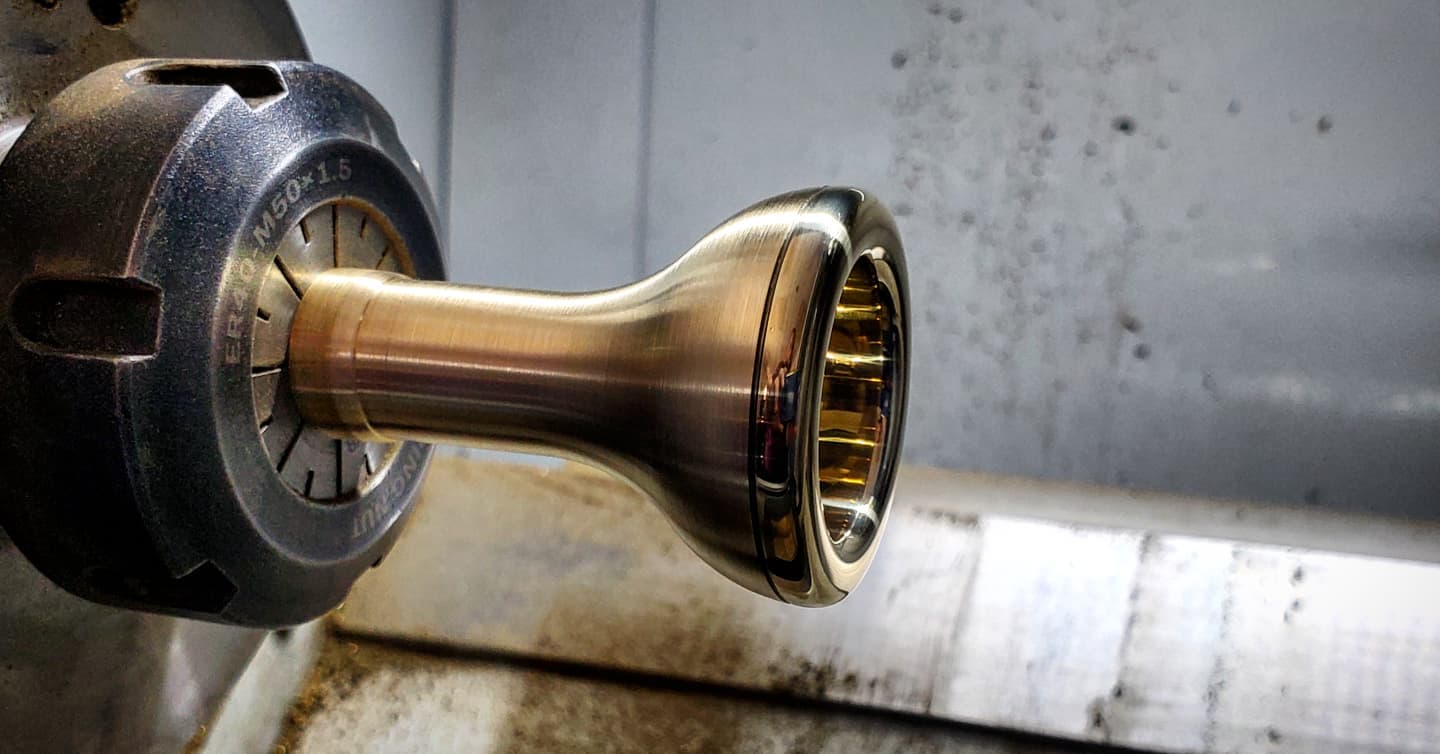 Long Island Brass Co. thrives on building customized parts. That means that not only does Gittleson want to make parts more efficiently, but he doesn’t want to spend tons of time changing setups and adjusting to new components.

That’s why he does his manufacturing in-house with his two Tormach lathes. “I have the ability to prototype things as rapidly as I can change them. I mean, just yesterday I had the Principal Trombonist for the Metropolitan Opera Orchestra here… and we do four different cuts based on what he's playing,” Gittleson says. “I was literally able to transition from listening to what he needed it to do and wanted to change, hop on my computer, go on Fusion, make an adjustment, throw a blank in the machine and cut it. I wouldn't be able to do that otherwise.”

Being able to do quick iterations has helped Gittleson build his business, and the market is strong for custom brass mouthpieces.

Now with both a 15L Slant-PRO and an 8L Lathe in his shop, Gittleson is looking for more ways to automate his processes and add more efficiency to his business. But, for now, he’s happy that he can make his custom mouthpieces quickly and to the spec that his clients expect.

Keeping Track of Expenses as a Manufacturing Entrepreneur

How to Cut Your First Part with CNC