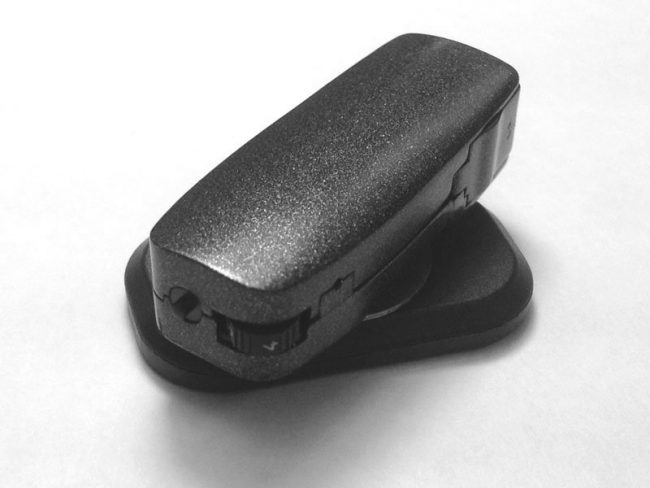 The Alpha System is intended to help restore hearing in patients where traditional hearing aids fail because significant nerve damage, head trauma, or birth defects.  These include severe cases of conductive or mixed hearing loss and single-sided sensorineural deafness. Previous devices from other manufacturers have required significant surgery and long healing times.  The FDA-cleared Alpha 2™ device eliminates the problematic abutment of devices by using magnets to affix external sound processors. Unlike other bone conduction hearing solutions, the Sophono's Alpha System uses a unique permanent magnetic implant to secure a digital sound processor behind the recipient's ear.  With no need for an abutment to interface the implant to the processor unit, surgery is simplified, post-operation infection risk is reduced, healing time is cut in half (from two months to one), and permanent cosmetic modification of the scalp is eliminated. Manufacturing Engineer Todd Wyant uses the PCNC 770 to prototype each iteration of Sophono's next generation Alpha System, including "dummy" devices that are often sent out to clinicians for review and evaluation. Wyant, who grew up in Boulder, has been a model maker since just after high school, when he was hired for his first job by IBM. "My dad always used to tell me I was really good at turning screwdrivers backwards; you know, taking stuff apart," he recalled. "IBM put me through college and I completed the Tool and Model Maker 6400 hour training program. I went through the tool room and became an expert in fixtures, molds, dies, and eventually went out to Almaden Research Center, one of IBM's research facilities located in California, and worked In the Model Shop as well as on projects under IBM fellow, Dr. Ted Selker in the USER Group." Wyant's been won over by the affordable performance of the PCNC 770.  "We were trying to get a mini-mill in here, but of course they're $50,000. So Jim Kasic, the President and CEO of Sophono, bought a Tormach," said Wyant. "When it came in we had our doubts, but it works really well and has done everything we've asked it to do."  Wyant has found many uses for Sophono's PCNC 770, including creating jigs and fixtures for production and assembly, as well as manufacturing support for several product lines.  One example is a softband block that holds the Alpha processor on the head with an elastic band for Sophono's non-surgical hearing aid product.  This softband system is designed as a non-permanent hearing aid for children under age five and those not ready to commit to surgery. In addition to prototyping, Wyant has utilized the PCNC770 for low-volume production.  "We were originally making baseplates on the Tormach. The parts were made out of Medical grade Acetal plastic and we were running them in sheets of twenty-seven at a time," Wyant explained. "A lot of surfacing was done on the machine. Since then our quantities have grown large enough that we've invested in a mold charge and outsourced the production run, but the Tormach allows us to get up and going with a much smaller investment." Sophono maintains an office in Germany, works with more than 20 distributors, and is actively selling in more than 30 countries. For more information, call 720 407-5160 or go to www.sophono.com.

Fab Lab Skill Builder: How to use a Fixture Plate on a Milling Machine