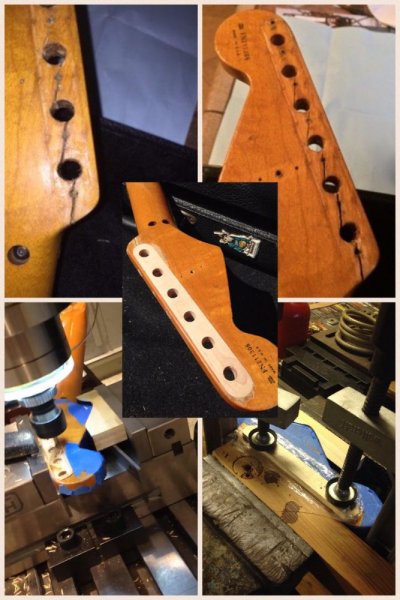 In high school, it was shop class. In college and early in his career, he learned how to make airplane parts and aviation equipment. “I’ve always been interested in making and building things, but I’m just getting started in CNC,” Aaron Rogers, a CNC hobbyist, said. “I’ve just been doing some basic stuff, like making tools for the shop, - just odds and ends as I’m learning to use the Tormach.”

The learning curve Rogers is currently working through has been felt by anyone who has tried to take a concept from paper to CAD to CAM to machine, so he turns to the internet for help. “I’ve been watching YouTube videos like crazy,” he commented, adding that Tormach users, like Brand Ambassador John Saunders, walk him through some of the basics of machine set up. The G-Wizard Calculator also helps him get a feel for feeds and speeds, but “the rest is just trial and error.” “I just stick in a cutting tool, aim for something that looks right, and go for it,” he said. “Sometimes it works. Sometimes it doesn’t, and then you just go back to the drawing board and try again.” Any machinist out there, no matter the experience, will attest to doing the same when making the first couple passes with a new tool or material. Of course, with trial and error comes accidently crashing your machine. “I don’t feel quite so bad, because [John Saunders shows the bloopers of when he was similar crashes]. I can see it happens even to the best of machinists.” Rogers says sharing his hobby with friends motivates him to keep learning, since they’re so interested in what he makes and how the machine works. “They’re just amazed as soon as they walk into the garage,” he said. They are also full of ideas. For instance, one of his friends had an antique Fender guitar that had a cracked neck. “They needed a repair with a real precise cut and an insert to be put in.” The precision of a Tormach PCNC 770 was the perfect solution. Read: Building a BattleBots Champion “I had another guy who makes custom guitars for musicians, and he wanted to have some neck plates made out of stainless steel.” Rogers milled about 15 of the plates, and thanks to the repeatability of CNC, they were close to mirrored copies. He’s also had people ask him to make them custom off-road vehicle parts or replacement parts for custom cars that are hard to find. “I’m just doing projects for friends, family, and neighbors, but one of the main things is just to have a project to do so I can learn more about modeling and CNC milling,” he said. Eventually, maybe when he’s retired, he hopes to work up some projects for himself. “It is a lot of work, but I think I’d like to do it again someday – either build my own or restore an old airplane.” He also has some “gadgets and gizmos” that turned into ecommerce products that he thinks could be manufactured in his garage, instead of abroad.

Workholding of the Month: Chucks