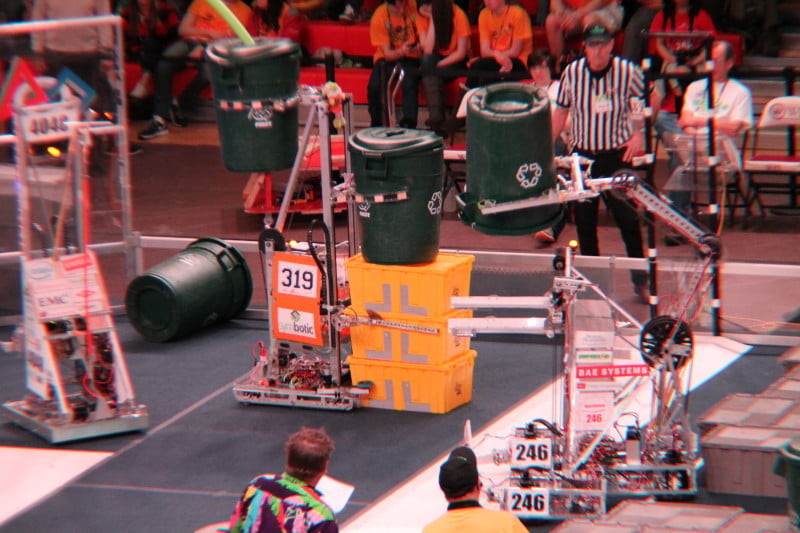 FIRST Robotics is a quickly-growing STEM initiative, founded by Dean Kamen, that pits kids against each other in robotic contests while promoting a fine combination of cooperation and competition. Teenagers stew over various engineering issues, component failures, and efficiency quotas all while coordinating their teams like a start-up engineering business – in essence, this is one of the truest forms of STEM education out there. This year’s championship competition wrapped up last weekend at the Edward Jones Dome in St. Louis, where over 18,000 students had to form alliances and develop mutually advantageous collaborations. 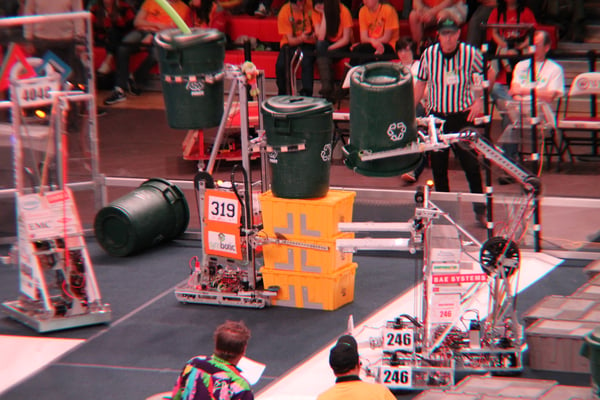 During the robotics season leading up to the main event, teams had to prototype, fabricate, and engineer their robots in just six weeks from a basic kit that FIRST sends out (with no instruction), while also gathering knowledge and funding from sponsoring partners and mentoring engineers. [youtube]hcS7M4sY0fQ[/youtube]   The competition this year was called “Recycle Rush,” where teams had to gather, stack, and place various totes and waste bins on designated locations around the arena, all while avoiding opponents and helping alliances. Each match consisted of an automated and manual phase, forcing students to work with autonomous systems as well as drive the robots. [youtube]W6UYFKNGHJ8[/youtube]   FIRST brings the competitive, pep rally spirit that is typically associated with high school football to the world of intellectualism, math, and engineering. There were at least six teams who used Tormach mills to create their robotic competitors that made it all the way to the national stage this year. Congratulations to:

Did we miss anybody? Let us know if your school or team is using a Tormach and involved in FIRST Robotics - we'd love to hear from you! We’re already looking forward to next year’s robots! 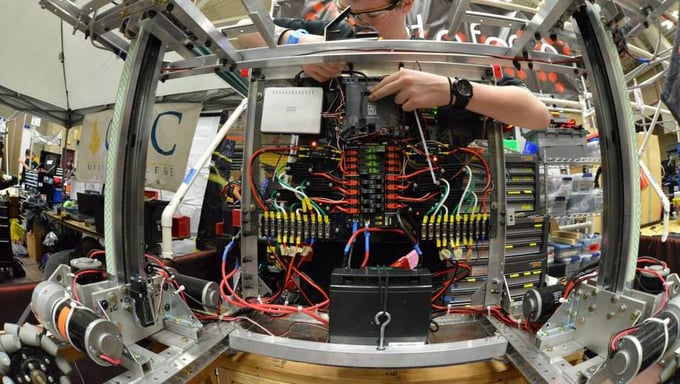 How to Drill a Square Hole – Tormach’s New Rotary Broach