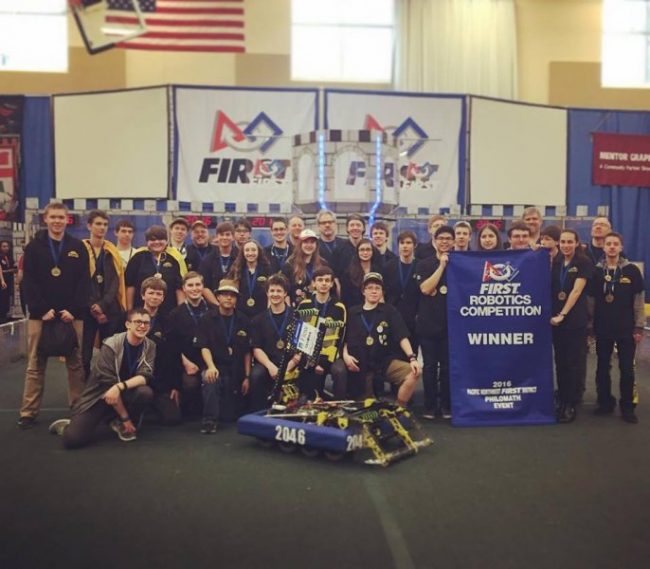 Students Gear up for FIRST Robotics with Tormach Machines

The beginning of the school year is fueled with energy of new classes for students around the country, but for a team of Covington, WA, students, it’s the smell of sizzling coolant and oil that gets them excited for the start of the school year and FIRST robotics preparation.

Bear Metal, a more than 30-member team from Tahoma High School, has been designing, building, and competing in FIRST since 2011, and this year are working to return to the World Championships for the eighth time. “The competitive nature of FIRST robotics draws kids into science and technology. Most people have a competitive gene that drives them to greatness if fostered properly,” explains Darren Collins, a FIRST coach and teacher at Tahoma High School. “FIRST draws on this powerful drive within us to compete to get kids excited about using their minds to compete by using science and technology. At the upper levels, FIRST is as competitive as any sport that I have ever been involved with.” The competition season starts in January, but with the high school’s purchase of a 15L Slant-PRO Lathe, they’re going to start mastering the fundamentals of the new machine, as well as their PCNC 1100, right away. “Our school had a very small, 3 axis router that we used for several years. Once we saved up enough money, we wanted something that could handle larger aluminum parts,” Collins says. “Numerous people recommended the Tormach mill, and we are very happy that we purchased one. We’ve had it since 2011 and have made hundreds of parts for our last five robots on that machine.” Like any other competitive environment at the high school level, technical understanding and team development starts early with the annual Bear Metal Robotics Camp and related classes. “Our principal wanted to provide similar experiences to students during the school day,” explains Collins. “In the class I’m able to teach basic mechanics, programming, computer aided design (CAD), and computer aided manufacturing (CAM).” The contagious excitement is how the now-large program started. “In spring 2006, I had two high school sophomores approach me about starting a FIRST robotics team. As a physics teacher with some programming experience, I felt that I had something to add as a coach. I didn’t realize what I was getting myself into until we began our first season in January of 2007.” “Since that time we have built 10 robots, attended the world championship seven times and have had several hundred students participate in the program. The two students who initially approached me are still heavily involved in FIRST robotics as volunteers and coaches.” A key to this excitement is having the right tools and machines available to students - which Collins thinks is a perfect match for the Tormach machines Tahoma High School purchased. “We love the size and pneumatic tool changer. We have found that the new PathPilot control software allows us avoid hitting the limits when machining parts that push the maximum work envelope. They’ve been great for us, and I’ve recommended that others purchase Tormach machinery for their programs.” When other programs are looking for suggestions, he points them to approachable machines. “We have held several training sessions for other FIRST teams to allow them to see for themselves the opportunities a new affordable mill such as the Tormach can provide.” The team isn’t sure what the competition will hold this year, but they look forward to the FIRST championship this spring.