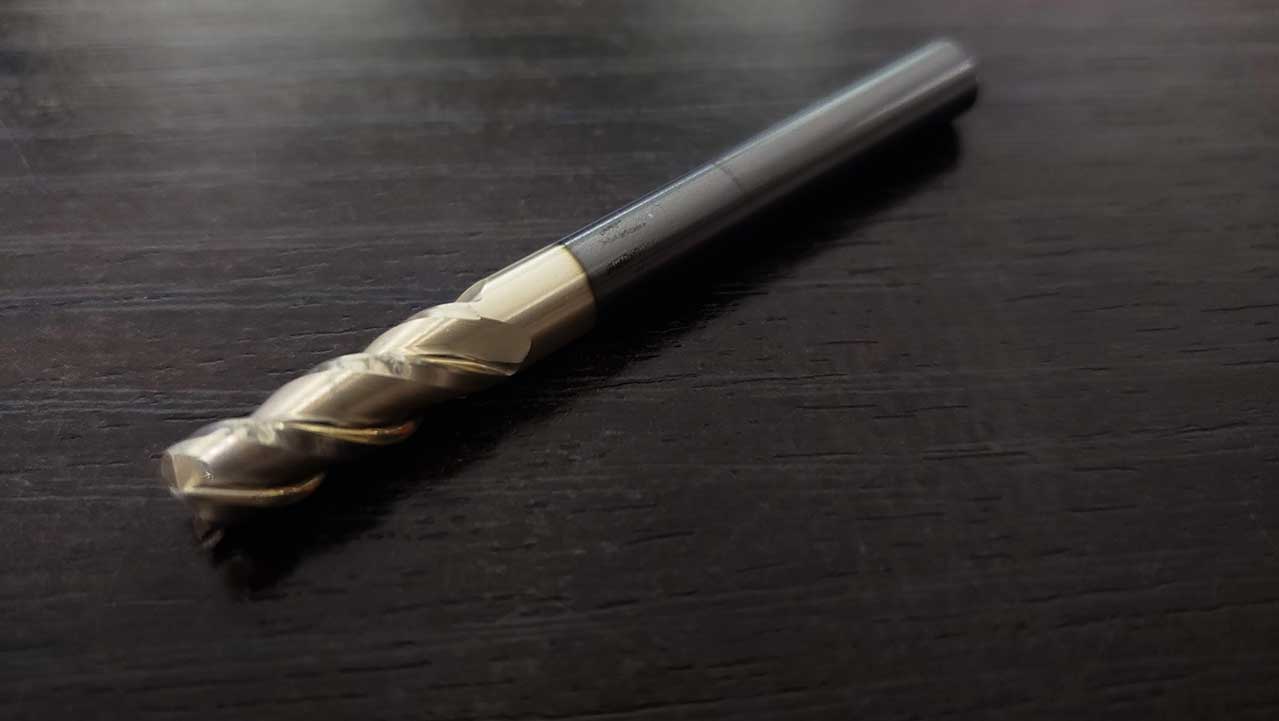 10 Things No One Tells You About Machining

END_OF_DOCUMENT_TOKEN_TO_BE_REPLACED

Have you ever tried a button cutter for milling? If so, you’ll know that these versatile tools can really do a good job for you. They’re commonly used for pocketing, die/mold roughing, face milling, slotting, step milling, and even helical interpolation of holes. There’s a lot to recommend round inserts as they have a number of properties that contribute to their success. If you’ve used one turning, you know that their large radius can yield some very nice surface finishes. They can leave a good finish when milling too, but they have a number of other advantages. Their round shape makes them particularly strong as they have no weak corners that can chip. If you do wear or chip one, they can be rotated to expose a fresh edge. They’re advantageous for lighter machines too. When operating at heavier depths of cut, they create cutting forces that are more radial. But, by taking a lighter depth of cut, they transition to behave more like high-feed machining tools. This means most of the cutting forces are directed straight up the spindle, which is the strongest rigidity on any machine. That’s one reason plunge milling is so advantageous on light machines. Button cutters provide an alternative. It seems that for whatever reason, the physics of cutting favors circles. HSM toolpaths do better than conventional paths by adopting loops rather than sharp corners. And button cutters do well because corners on inserts are a weak point that can chip or break off. You can load up a button cutter pretty hard and they’ll hang in there. If you do manage to chip one, just rotate the insert until the chipped portion is not being used and keep going. In the most demanding applications, button cutters compete with high-feed cutters. For many shops, a high-feed cutter is a direct replacement of their button cutter that allows them to crank up the feeds and speeds. For this reason, some have said button cutters are on their way out.  But, there are cases where the button cutter still makes better economic sense:

END_OF_DOCUMENT_TOKEN_TO_BE_REPLACED 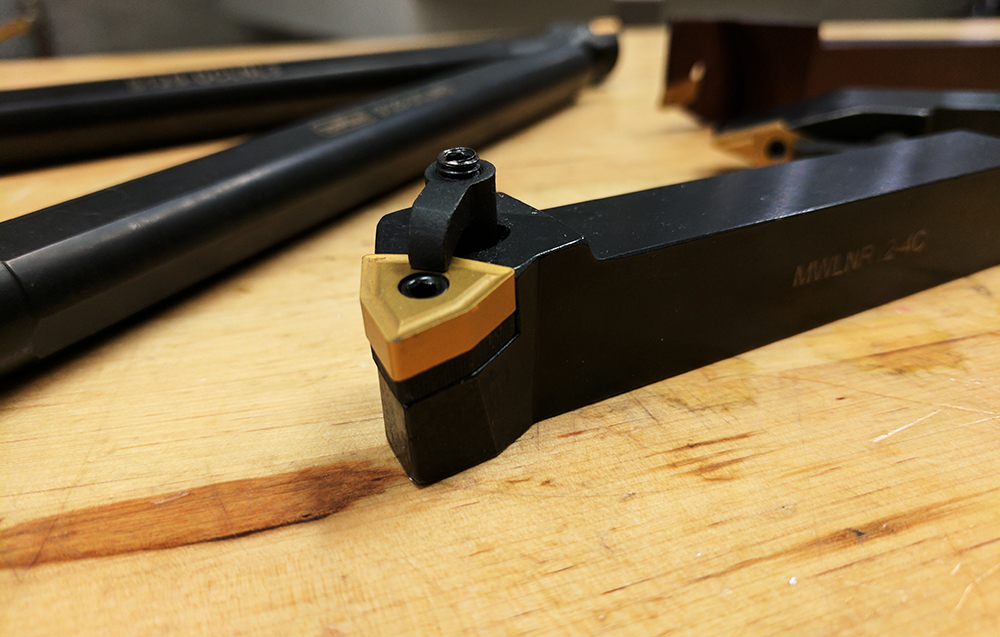 [youtube]Wp09EXLa4xw[/youtube] Whether you’re new to the world of turning or you’ve been using a lathe for years, it’s important to know your tools and the best way to use them. Lathe tooling designations are there to help, but they can be just as confusing as the tools themselves. [wpdm_package id='13034'] Every lathe tool has an inscribed or printed designation. This system just looks like a bunch of random digits and letters, unless you know what you’re looking at. Each letter and number in the tooling designation is a reference to various features of your tools or inserts – things like insert shape, hand of the tool, and the insert inscribe circle. Read: 3 Things to Remember Before You Start Turning All of these numbers and letters can be a bit confusing, so Tormach has a document that charts out all the different designations within the uniform system. Check out the official document. Use this info to make sure you pick out the best tools for your lathe jobs and make your turning even better!

END_OF_DOCUMENT_TOKEN_TO_BE_REPLACED 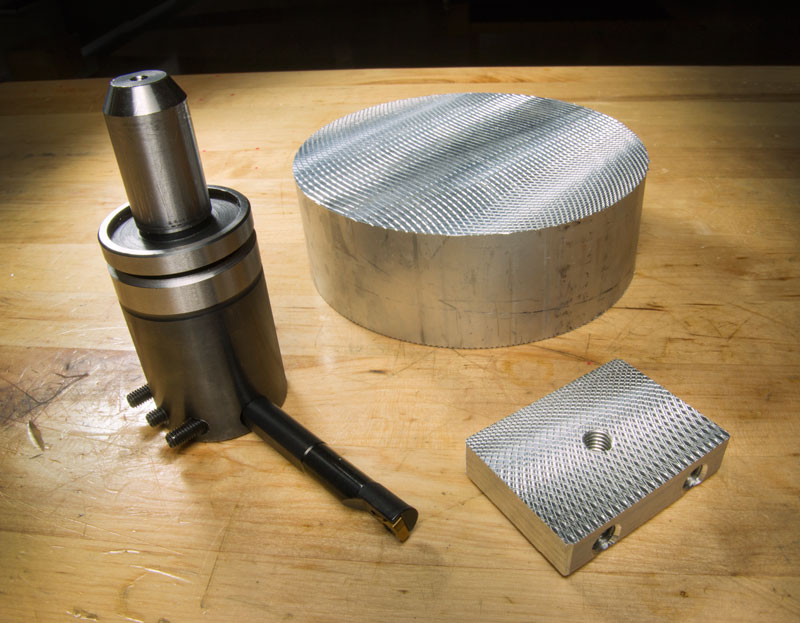 Students have a lot of questions that come up during our monthly CNC Workshop. Recently, a student asked Jason Pulvermacher, a machinist here at Tormach, how to mill a flat knurling pattern, like those found on the pocketknife grips. [youtube]Lf_TKPwXQ1o[/youtube] His first instinct was to adapt our Superfly Cutter, but to utilize this existing tool for the knurling pattern would have had several drawbacks. First, a new fly bar would have to be created from scratch to get the correct insert angle for this pattern. Also, a wide cutting arc is needed for the knurling pattern, and adding length to the fly bar on the flycutter also adds additional tool length as a result of the angle. To keep the design simple, Pulvermacher took to our prototyping shop, BadgerWorks, to start working on the best way to create the pattern. After a few conversations with one of our design engineers, Pulvermacher started piecing a tool together – looking to keep the design as simple as possible. Using a TTS Machinable Blank, he drilled and bored a hole to fit a lathe ID Threading Tool, as well as drilling and tapping three holes on the side for set screws. According to Pulvermacher, a threading insert was the best option for this pattern since it comes to a sharp point, whereas most inserts have a larger radius and wouldn’t allow the pattern to stay as clean. What have you made with a TTS Machinable Blank?