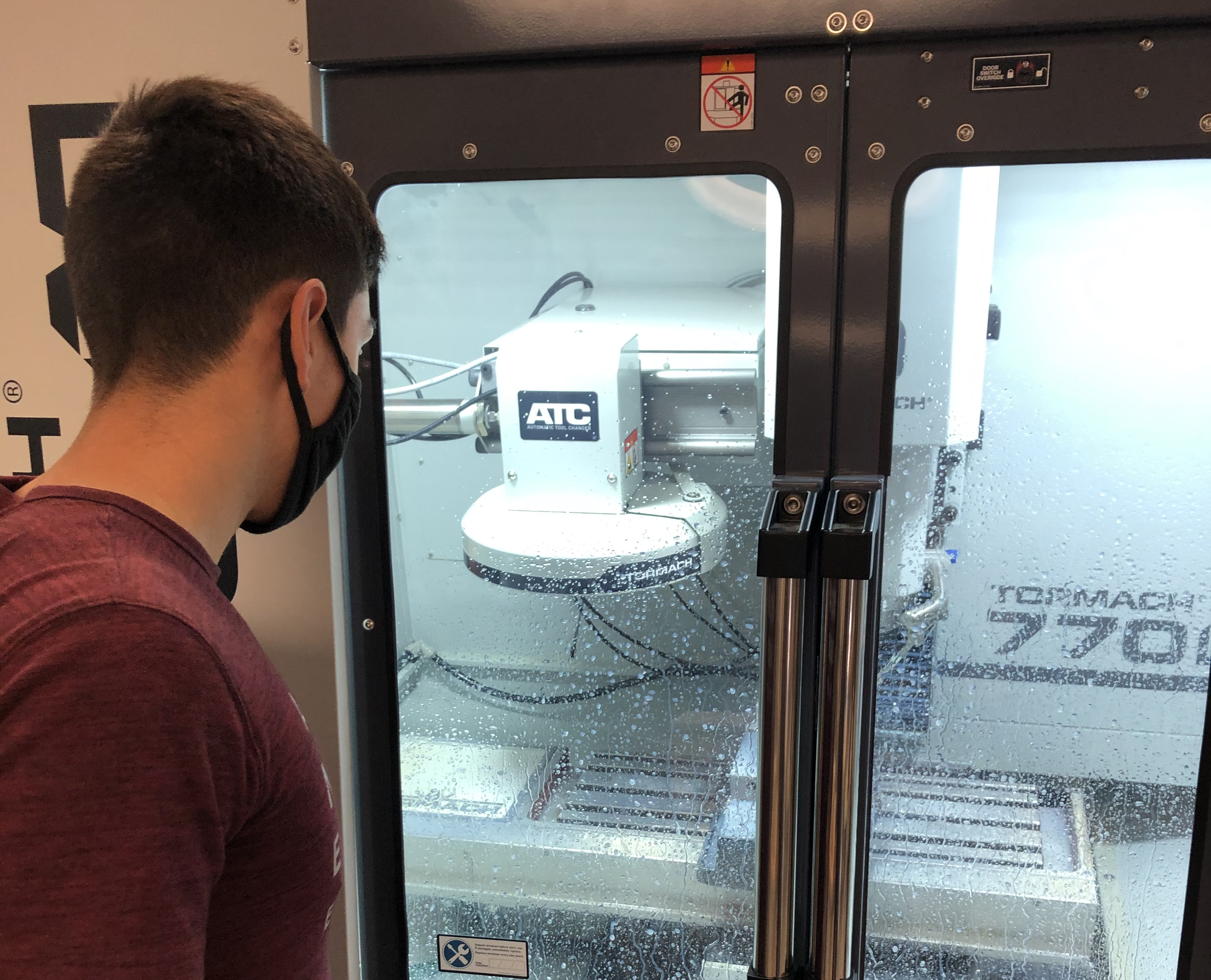 Shop class has been in the conversation of educational funding for some time. As the U.S. has worked to reshore a number of manufacturing jobs and create new manufacturing businesses, the skills gap has become an apparent, and massive, challenge in this space.

The skills gap, arguably, comes from the lack of technical (shop) education and a growing number of retirees. A changing of the guard needs to happen, but there aren’t enough young machinists to fill the void.

That’s why teachers like Rob Haworth are working to build their curriculum around CNC tools and incorporating new technology to do so.

Getting Machines into the Classroom 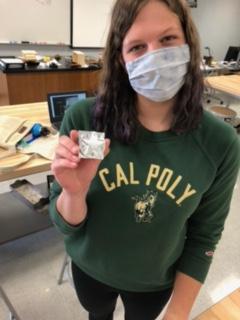 Haworth has been teaching for more than 20 years, and his school in California runs on what is known as an Academy Model. “The Academy Model is that it's essentially a school within a school,” he explains. “There are specific focuses for each of the academies, and mine is manufacturing. Over the years, I've become the coordinator for this academy, which is called the Manufacturing Production Technology Academy (MPTA).”

Haworth has driven his academy steadily toward more CNC technology, starting with small CNC routers and expanding until the school purchased a PCNC 440.

As with any educational endeavor, budget is always top of mind, but Haworth applied for and received a grant last year to bring in even more CNC machines. Now, his educational shop includes four 770M+ mills, as well. While they still use their PCNC 440, it has been relegated to secondary ops work these days.

“Part of our curriculum that they are learning focuses on how to design in Fusion 360 and create toolpaths, so we’re using the TITANS of CNC building blocks. I was setting up the 440 with a set of soft jaws to hold a variety of different building block models, and then machine the backsides on all those parts,” he continues. “I love the fact that it's 110 volts. I don't have to do slight modifications to make it work, I can just do real machining. It's not as fast as something that's bigger, but you can do real machining on it. It's a great little machine.”

But then they got more space, and Haworth saw an opportunity with the grant. 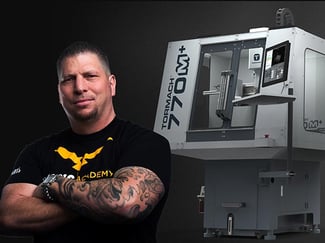 In conjunction with the Titans of CNC BOOMBASTIC event, happening  May 25-27th, Tormach will be giving away a 770M+ (the model used in the TITANS of CNC: Academy building blocks), an xsTECH CNC Router-Mill, and hundreds of dollars in tooling credit to nominated schools, makerspaces, and robotics teams.

Sign up and nominate your local CNC education space
for a chance to win!

Winners will be announced via Tormach's social media
platforms on Tuesday, June 1, 2021.

Even with four 770M+’s and a PCNC 440, there are still far more kids than machines. What’s more, MPTA’s 770s arrived in January of 2020, just before the COVID-19 pandemic hit. “I'm putting the finishing touches on the set up of these things around March 15th of last year, when I got an email sent out to the entire district from my superintendent saying ‘we're shutting down because of COVID.’” By the time he had set up the new machines, his students were no longer doing classes in-person.

How do you teach CNC without sitting at a machine, at least some of the time?

“PathPilot HUB was an absolute godsend during COVID,” he explains. “I literally was about to have kids start doing conversational programming in the class, on these new mills.” So, he had the students log into PathPilot HUB from home, set up programs, prove out code, and then send him screenshots to show their work.

“PathPilot HUB is where I get kids started on the CNC mills. They don't even know anything about Fusion 360 at that point, but I start them learning conversational programming of relatively simple parts,” Haworth continues. “And so, we use PathPilot to teach students about the tooling and feeds and speeds. Then they learn how to do facing operations, profile operations, pocketing, and drilling, and so on. Then they learn why they're doing each one of those and in that order, and it’s worked extremely well with distance learning.”

Haworth grades his students’ work by having them take screenshots of their PathPilot HUB screens. “For instance, they need to say, develop a facing toolpath for this little part. When they're all done and they have the toolpath laid out on the main screen, they take a screenshot and turn it in. The thing that they were designing was actually a part that we needed to fix a sander in our woodshop. And so that's why we designed a part.”

When he initially purchased the 770M+’s, Haworth was planning to divvy up the time spent on them with PathPilot HUB. “If I have five machines in a class of 30 kids, that means 25 of them are sitting around and five of them were actually on the touch screens using PathPilot to design a conversational part,” he explains.

“With PathPilot HUB,  I can have those other 25 students down the hall in the computer lab, or now on Chromebooks, and they can learn conversational programming there because they can simulate PathPilot on any computer. Furthermore, whatever the kids design, they can always do a dry run. When it all hit the fan last March (2020), it really dawned on me that... shoot, I was planning on having kids doing conversational programming and this just really got moved to the forefront, because now it literally is available to all my students at home. And those resources really are far and few between.”

Tormach Machines in the Classroom

There are a lot of options for different machine tools in the classroom. While some might argue that students need to be exposed to larger machine tools that they are more likely to see in the industry, Haworth believes that it’s better to just let kids get their hands on both the programming and the tools.

“There are some people that probably say, ‘If you're going to be teaching a kid for industry, they ought to just jump right into, learning on this enormous, incredibly expensive, huge piece of equipment. I don't think that's necessarily true. I like the fact that these kids are learning on something that is much more approachable, but still very capable. They're able to make real stuff and still get all the hands-on experiences.”

PathPilot HUB has also been a factor in Haworth’s incorporation of Tormach tools into his curriculum. “I would tell other shop teachers if you're not using PathPilot HUB, you need to because it's going to make your life better.”

When he started building the current program, Haworth ran into the typical challenges any teacher has when looking to buy equipment. Specifically, how were they going to teach this kind of stuff? Did they need one mill or several?

“With classes that are 30 students or more, you need as many mills as you can get. And even still, those mills have the controllers that students need to learn. I can't just have five controllers to teach kids how to use these machines. So, that's where PathPilot HUB really shines and allows my students to simulate the operation of these mills, and the conversational programming, and running warm-up cycles, and developing those programs. They can do that without tying up a machine.”

And when they are ready to use a machine, Haworth was able to procure four 770M+’s with his grant, rather than just one or two of a much larger machine. More machines mean more hands-on learning, and Haworth’s program seems poised to start educating many of the next generations of manufacturers.

When to Quit Your Day Job for CNC Machinists & Entrepreneurs

Hollywood Movies Are Being Built with CNC

Save time with this Tormach 1100M CNC mill workholding hack
Get Started Even Faster with Machine Assembly & On-Site Services
Should you upgrade the servos on your Tormach CNC mill?
Making Off-Road Equipment with Tormach’s 1300PL Plasma Table
The Ins and Outs of Threadmilling