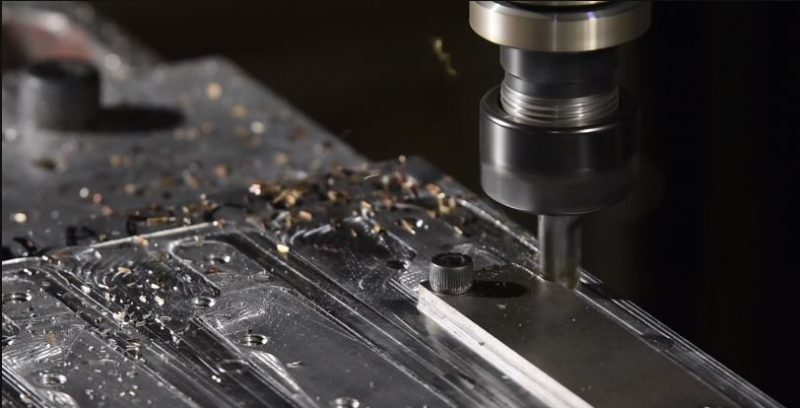 3 Ways You Can Make a Knife

Walter Sorrells is a professional bladesmith and a YouTube knife maker. His channel focuses on teaching the processes of making knives and exposing the world to everything that is involved in the knife making process. Sorrells recently bought a PCNC 770 to help him produce and standardize his line of Tactix Armory knives.

Since his channel focuses on tips for the knife maker, Sorrells launched a three-part series of videos, where he makes the same knife three different ways. He creates the basic design in Fusion 360, so as to keep the final design fairly similar. But, Sorrells does change up the type of steel he uses from knife to knife, since different metals lend themselves to better work with different knife making processes.  In the first video, he makes the knife with basic tools that almost anybody inclined to make stuff has in their garage. This more rudimentary style still uses a printout from his CAD file for the layout of the initial design. With little more than a bench grinder and a power drill, Sorrells makes a fairly impressive throwing knife.

The second video in the series goes the more traditional route of hand-making a knife with professional tools, like a belt grinder, a mill drill, and a forge. He still uses the CAD file, but simply traces the pattern right onto the steel blank.

Lastly, Sorrells goes to his PCNC 770 and walks through the details of designing, fixturing, even dealing with details like chatter when cutting thin parts. He even goes through the challenges of using S30V steel when it comes to feeds and speeds. S30V is a high-performance stainless steel, which likes to wear on tools more than mild or high-carbon steel. After taking his material and cutting tools into consideration, Sorrells cuts through this stuff at about seven inches per minute without any coolant.

The Glory of Unboxing Your Tormach