What is the Difference Between Plasma Cutting, Waterjet, and Laser Cutting?

At first glance, using a plasma cutter, a water jet, or a laser cutter might seem awfully similar. And to a certain degree, they are. All three predominantly use two axes and are often used for large, flat work - signs come to mind more often than anything.

Let’s go through the basics of each cutting process.

What Is Waterjet Cutting?

The process of cutting with a waterjet consists of essentially pushing water and an abrasive out of a ceramic nozzle at such a high pressure that it cuts through a sheet of material. With pressures often reaching over 50,000 PSI, it has the ability to cut just about any material. 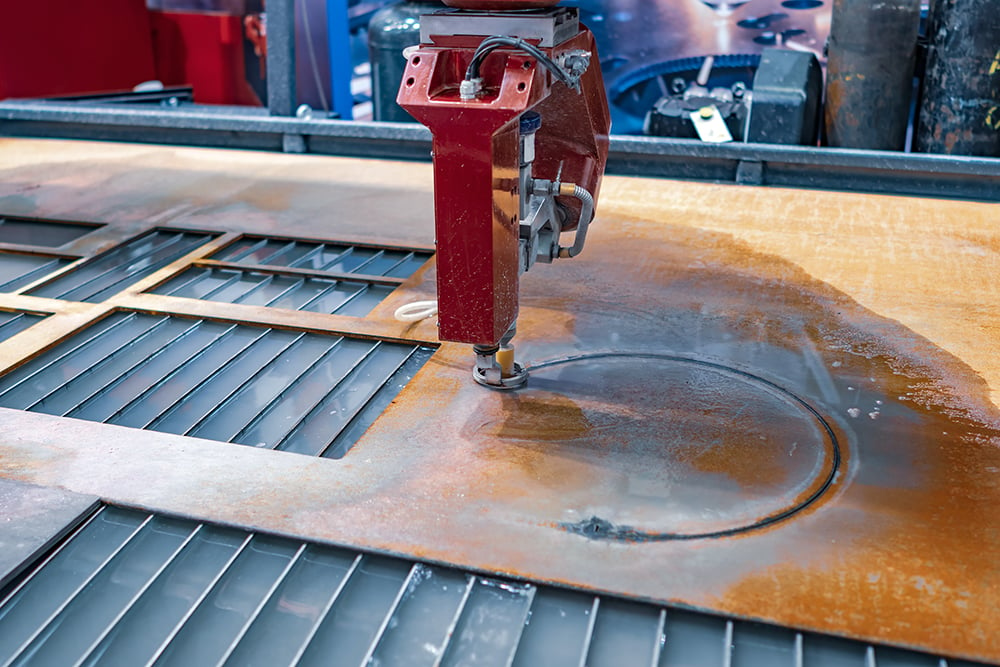 Because of the need for an abrasive - typically garnet - using a waterjet can be a messy process… if not for the cutting, certainly for maintenance. Garnet can also be quite expensive, and waterjet cutting uses quite a bit of it. The use of an abrasive and water as consumables, as well as the affect those materials have on the machine itself, can lead to high operating costs.

That being said, waterjet cutting has its place because the quality and precision of cuts is excellent. Using a waterjet is also a cold cutting process, so if your material is heat sensitive in any way, this method takes that out of the equation.

What Is Laser Cutting?

Laser cutting often gets confused with plasma cutting, but there are some major differences. Laser cutters use focused beams of light (kind of like burning wood with a magnifying glass) to etch or cut into material. They use compressed gas (often oxygen or nitrogen) and electric current to produce coherent light that can be focused and used to cut. 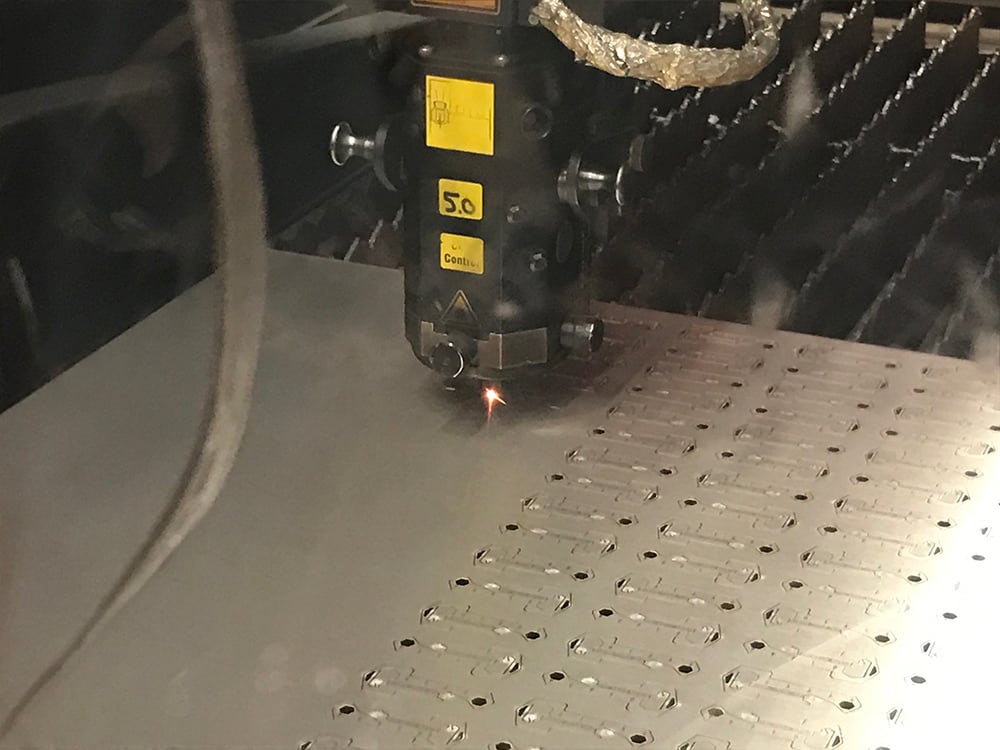 The process actually melts or evaporates metal as it cuts. That can lead to some hazardous or toxic fumes, which means lasers should always be used in well-ventilated shops or have a ventilation system attached.

Lasers can cut a variety of metal and non-metal materials, and are often used on thinner parts that need extremely precise edges. Fine features and fast cutting are the name of the game for lasers.

What Is Plasma Cutting?

Much like laser cutting, plasma cutting uses electricity and compressed gasses to cut metal. The difference is that plasma cutters don’t use light - instead, they force the gas (usually argon, nitrogen, or oxygen) through the nozzle of a torch at high pressure. That torch has a negative electrode, which when power is applied and it is touched to metal creates a circuit. The spark heats the gas until it reaches the fourth state of matter (plasma!). The stream of directed plasma turns metal into molten slag and cuts your material. 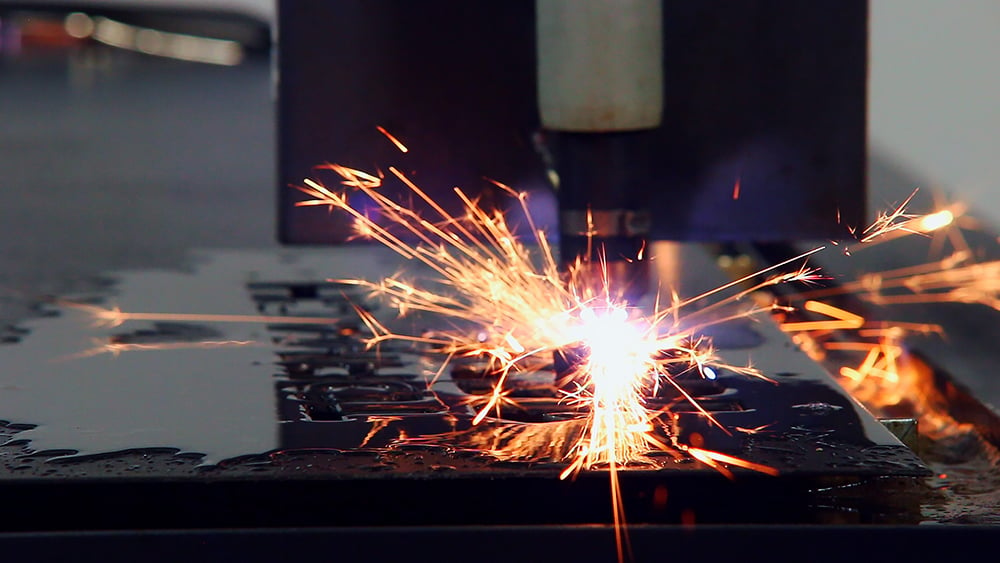 With that being said, plasma cutting is relegated to conductive materials, like steel or aluminum, and can create large heat-affected zones. Plasma is less accurate than laser or waterjet cutters, but it makes up for that with speed, flexibility, and cost of operation.

Plasma cutters also have a much lower barrier of entry than waterjet or laser cutters. While there are budget waterjet and laser machines out there, in order to do the same type of work as a machine like the Tormach 1300PL Plasma Table (which starts at under $16,000), you’d have to spend tens of thousands of dollars. 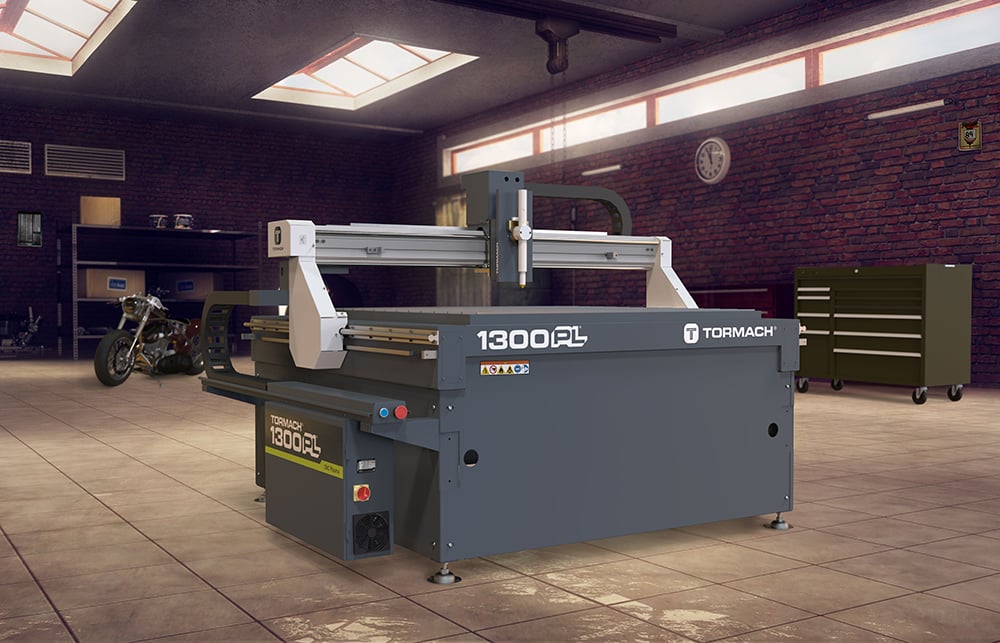