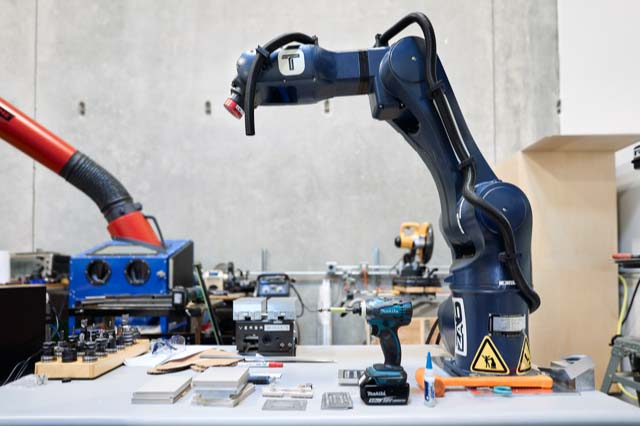 The new Tormach ZA6 robot can be used for a number of different applications, so when it entered the beta phase, we weren’t exactly sure what our testers were going to do with it.

One of the most logical uses for a Tormach-created robot is to pair it with one of our CNC mills, like the 1100MX to create an automated work cell. That’s what Trent Shumay is doing with the ZA6… sort of.

Shumay is the founder and CEO of IoT Design Shop Inc., which operates as Big T’s Chop Shop in the CNC machining space. “We actually started out as an electronics company designing Internet of Things (IOT) devices, but what really took off was our mechanical and design services,” he explains. “So, today, I am operating Big T’s Chop Shop primarily as a boutique prototyping and fabrication company. We do everything, but in particular a lot of custom automotive and one-off parts, and robot and automation parts for health and security applications.”

In his work on the electronics design process, Shumay found that he was getting involved in a lot more mechanical work, like enclosures, sensor mounts, etc., which is what led him to CNC and buying a Series 3 PCNC 1100 in 2017. Since then, he’s added a Tormach 15L Slant-PRO lathe and a couple other machines, with more to come.

Shumay plans to use the ZA6 as part of a low-cost automated work cell. “I see there being three components to it currently. First, obviously the CNC mills that need tending. Second is the ZA6 itself, which I am currently using with the VersaBuilt MultiGrip system for machine tending. The third piece is that I intend to utilize machine learning and IoT in order to monitor the system and provide feedback and diagnostics.”

What separates the ZA6 from other similar robots on the market is not only the price, but the open-endedness of it’s connectivity. Using Python programming, Shumay can coordinate machine learning and IoT into the work cell and what the robot is doing.

“For a small shop like mine, this has the potential to be a game changer as most current lights-out automation systems are both really expensive, and have a fairly fixed purpose,” he explains. “What I am hoping for with my components is basically a system that is flexible enough to be a value add in a small shop that has lots of different jobs. In addition to flexibility, it’s going to need some smarts to adapt to the variety of jobs I need to throw at it.” 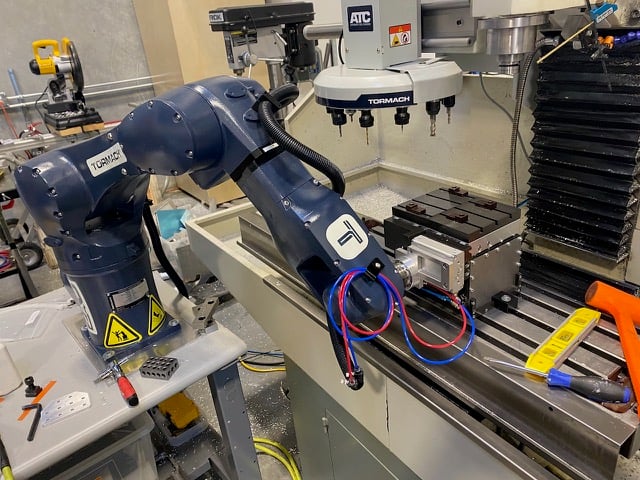 As the needs for his shop changes, Shumay is planning to have his work cell change with it. “There’s less of a predefined notion of exactly what the purpose of the robot is. Maybe to one person, it’s a machine tending solution for lights-out machining. But, to the next person, it’s going to be doing some MIG welding, and to another, it’s moving parts through a finishing process, and so forth. You need to sort of come at it with an open mind. What’s great about the ZA6 is that, especially if you’re familiar with the Tormach ecosystem and PathPilot controls, is that you get to bridge this gap in a familiar environment.”

Many of our other Beta Testers have already been raving about the openness of using the ZA6, but Shumay also loves the fact that he is already familiar with the interface. “There’s a lot of mental overhead in making this jump to a robot, but having a familiar and powerful environment like PathPilot really helps to speed up this process.” 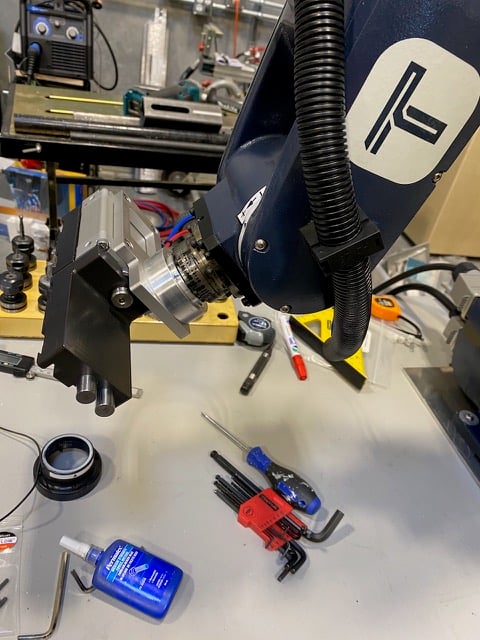 8L Lathes Are Performing in the Wild

Set Up QC Reminders on your Tormach