In case you missed it, the old TV show that pitted highly-engineered machines against one another in a ring of metal-mangling death has returned – BattleBots. Robotics are one of the first elements of science and technology that comes to mind when discussing STEM and its benefits – and what better way to discuss robotics than to have the machines fight to destruction? 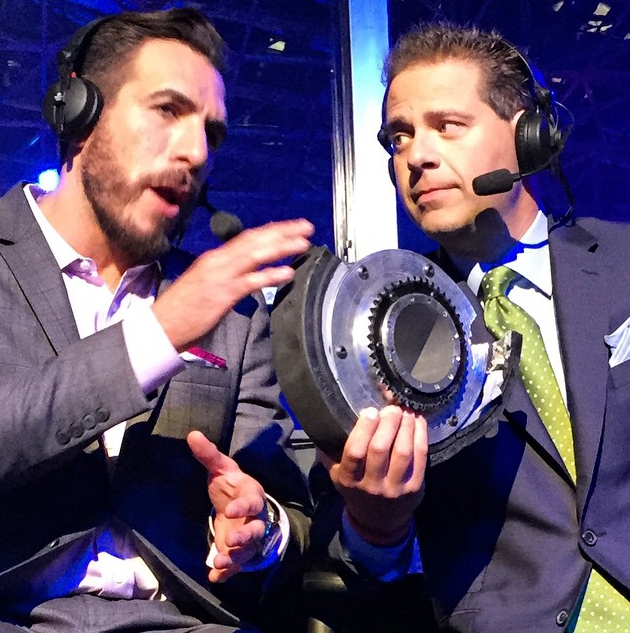 While BattleBots disappeared from the mainstream until recently, Tormach users have continued to fabricate robotic warriors. Chris Yost, an organizer, advisor, board member, and instructor with the NTMA Education Foundation and the RoboBOTS robotics competition, uses his PCNC 770 to develop prototypes and end-use parts for high school robotics battles.

When prototyping, there are a lot of important factors to consider, but arguably, the most important are speed and cost. Prototype parts are typically made on-the-cheap, since they aren’t meant to make it to the final build. While 3D printing has aided in the lowering of prototype cost, some testing can’t be done with plastic, printed parts. Tormach machines, like Yost’s PCNC 770, allow him to lower the cost of prototyping with end-use materials, leading to better tests and, eventually, better parts. Speed is vital to prototyping, since parts need to be tested and approved before final production can even begin. Previously, Yost’s students used manual milling machines and assistance from tool and die shops to produce parts – relying on outside resources will inevitably slow down the process of fabrication. But when they started using a Tormach, Yost’s team increased production three-fold. There’s another element of speed when it comes to production with a smaller mill – on-site availability. With the footprint and power requirements of Tormach machines, robotics teams, race teams, and even off-shore oil rigs have the capability to produce replacement parts without leaving the arena or platform. Making parts for prototyping and final builds faster and more efficiently are the first steps to winning in a metal-chewing death match. Now that BattleBots has reemerged on the scene, here’s hoping we see some Tormach mills sitting in the pits and workshops.  BattleBots 2015 Episode 4 Fights by BattleBotsRaw