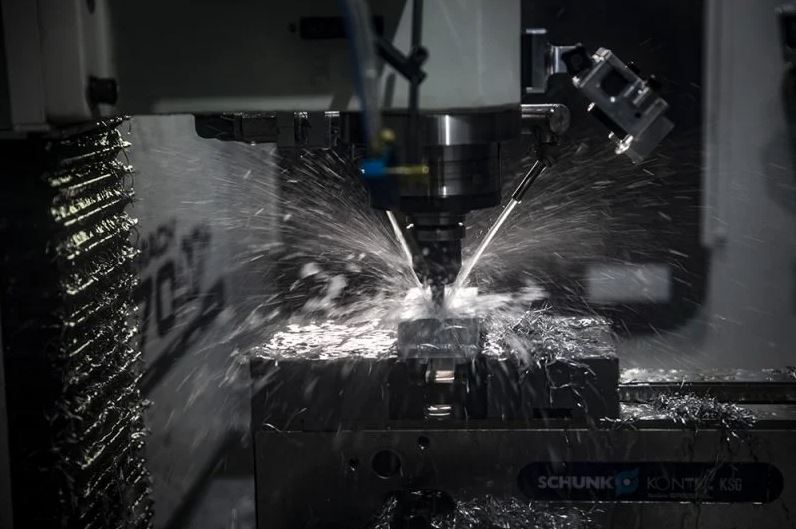 What Does Strain Hardening or Work Hardening Mean?

Strain hardening, or work hardening as it is more often called, is the hardening of metal by plastic deformation.  It can be a problem or a benefit in metalworking.  Learn what it is and how to avoid or encourage it in this article.

Bending a paper clip back and forth until it breaks is a demonstration.  The paper clip breaks because it eventually strain hardens so much from being bent, and is so hard that it becomes brittle and breaks.

Materials science has a lot to say about strain hardening, and it isn’t too hard to understand.  Let’s make it a touch more technical, so we have some language to discuss it.  Don’t worry, I have put all the really technical stuff at the very end of the article, so you can easily skip it!

Here is the relationship of the elastic vs the plastic regions: 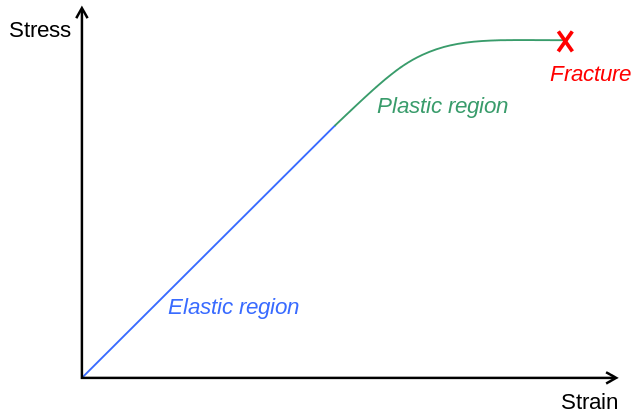 The strain we apply up to the crossover (where the line changes from blue to green) is the yield stress.  As long as we don’t apply more stress than that, we’re causing elastic deformation and the part will spring back to its original shape when we remove that stress.  If we go past that point, plastic deformation occurs, and if we keep going, the part will eventually fracture or break.  Stress past that point is called plastic stress.

Think about this in relationship to machining operations.  A milling cutter slices and pulls out chips.  Sounds like the pulling out of the chip could be tensile deformation.  On the other hand, if we put the part in a hydraulic press we are applying compressive deformation.

In theory, any metal or alloy can be strain hardened. What differs is how easily they strain harden and how much harder the get.

Some metals like aluminum and austenitic stainless steel cannot be heat treated or tempered to increase their hardness. But they can be work hardened by peening, rolling, forging, or drawing.

I will use the terms “strain hardening” and “work hardening” interchangeably throughout this article.  Let’s talk about this hardening more deeply.

Hardening a material sounds like a good thing, but there are times when it is undesirable. If nothing else, the material will be harder to machine, cut through, or form during the manufacturing process.  That means it may have to be cut with slower feeds and speeds, or that tool life will suffer.

But, there are also other disadvantages of work hardening.

After strain hardening, the material will be somewhat less ductile, which may make it less suitable for its intended use. As the paper clip was bent it got harder, but less ductile, until it eventually broke.  The directional properties of the material may also be adversely affected.

As machinists, we’re often concerned with how to minimize work hardening when working on a material prone to it.  More about that below.

Among the mechanical properties materials have, hardness is often a valuable one.  Various processes can be employed to increase metal hardness when desired, a process called cold working.

How to Avoid Work Hardening

The best tools at your disposal to avoid strain hardening are using proper feeds and speeds, tool coatings, and coolant. But we can add a number of other tips and techniques:

Strain hardening is caused by the dislocations in the crystal structure of the material running into one another. Annealing is the application of heat to force recrystallization that eliminates those dislocations.

The application of heat must be controlled so the material does not melt. There are guides for most materials that tell you how hot it must get to anneal the material.

The root cause of strain hardening is dislocation of the crystal structure of the metal.  This short video has great illustrations of what I mean by dislocations:

As mentioned, the dislocations are caused by applying enough strain.

What is the Difference Between Plasma Cutting, Waterjet, and Laser Cutting?